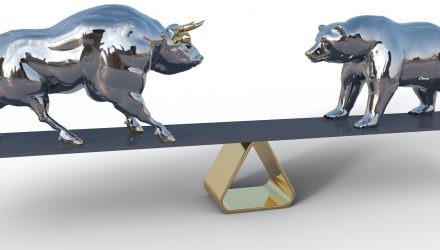 Investors were sanguine that Congress would settle on a new stimulus deal. Lawmakers were driven by the burgeoning number of White House related Covid-19 infections diagnosis as well as signs of flagging economic recovery, including a lackluster September jobs report.

House Speaker Nancy Pelosi and Treasury Secretary Steven Mnuchin discussed “the justifications for various numbers” and “plan to exchange paper” on Monday as they readied for further meetings on Tuesday, Pelosi’s chief of staff said.

“I think this [rally]is more stimulus. I really do,” CNBC’s Jim Cramer said on CNBC’s “Squawk on the Street” on Monday. “This is hope on talks between Secretary Mnuchin and Speaker Pelosi.”

While the Dow Jones Industrial Average climbed 465.83 points, or 1.7% on Monday, the index is flat on Tuesday, as of noon EST. Meanwhile, the S&P 500 gained 1.8%, or just over 60 points Monday, but is off by 0.13% Tuesday, while the Nasdaq Composite gained 2.3% yesterday, and is down nearly 0.5%.
The major stock index ETFs are mixed to lower on Tuesday, along with their underlying benchmarks. The SPDR Dow Jones Industrial Average ETF (DIA) is marginally lower on the day, while the SPDR S&P 500 ETF Trust (SPY), and Invesco QQQ Trust (QQQ) are both more sharply lower as of 1215PM EST.

Trump’s physician Dr. Sean Conley noted Monday that the president’s condition has “continued to improve” over the past 24 hours, but cautioned that “he may not entirely be out of the woods yet.”

Conley explained that the president will be injected with a concluding dose of antiviral drug remdesivir at the White House Tuesday night, potentially alleviating worries that the president will recover without further issues. President Trump was reported to have had two slips in his oxygen levels since his diagnosis announcement at roughly 1 a.m. ET on Friday.

Stocks and index ETFs have been sideways recently, with the S&P 500 trading below its all-time highs, but attempting to build market structure above the February highs, as investors internalize chaotic events and political drama.

Bespoke Investment Group calls this “a classic sign of a coiling market, and the fact that the S&P 500 recently broke up and out of a bull flag formation would suggest that the resolution will be higher when the breakout comes.”

At the same time, analysts say that a convincing win by former Vice President Biden could assuage investor concerns about a protracted or contested election result.

“Markets seem (to) have lowered the chance of prolonged uncertainty post-November 3,” wrote Ajay Rajadhyaksha, head of macro research at Barclays. “Given that Vice President Biden has been ahead in most polls, this suggests that markets are assigning a bit more probability to his win and a bit less to a close and contested outcome.”