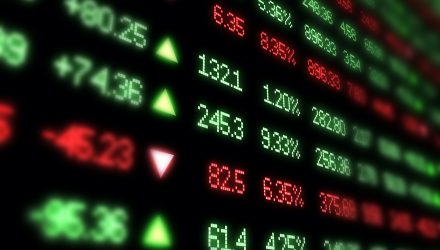 Stocks and index ETFs rallied higher on Friday, regaining some of the lost ground from the previous session, after investors reevaluated worries that the Biden administration might raise capital gains tax rates.

The Dow Jones Industrial Average gained 0.5%, aided by a pop in Goldman Sachs and Apple stock, while the S&P 500 advanced 1%. Meanwhile, the Nasdaq Composite rallied 1.4%.

According to Bloomberg, Biden is planning a capital gains tax increase that could be as much as 43.4% for wealthy Americans, an almost 4% increase from the current 39.6% rate for those earning over $1 million. Reuters and the New York Times later also reported similar stories.

Analysts may have mitigated initial investor concerns by suggesting that the actual tax hike could be lower.

“I think the immediate reaction was probably a bit overdone. These proposals come out and you never know, especially with tax proposals, where we’ll end up. So it looks like an opening bid. I’m sure there will be intense lobbying from the investment community to adjust those numbers,” Kathy Jones, Charles Schwab chief fixed income strategist, told Yahoo! Finance on Thursday. “But I think at the moment, when you have very high valuations in the market, anything that is bad news can spark a bit of a sell-off.”

While the three key stock benchmarks were headed for modest losses for the week, there is still the possibility they may end the week green. The Dow and the S&P 500 were down 0.6% and 0.3%, respectively, while the Nasdaq was lower by 0.5%.

Earnings has been an overall positive experience thus far, with corporations generally able to beat analysts’ forecasts. Nevertheless, strong first-quarter results have not motivated investors to buy as much as financial pundits would anticipate, given the stellar earnings results.

Strategists say this could be due to the already-high valuations and close-to-historic levels on the S&P 500 and Dow.

“We’ve spent kind of the entire month of April struggling for direction in the markets. We’ve had 13 out of the 14 slowest days of the year in April. We’re just looking for new catalysts. I think the market has already priced in a lot of the surge in economic growth, in earnings growth,” Gabriela Santos, global market strategist for JPMorgan Asset Management, told Yahoo! Finance. “And it just feels like we should consolidate, maybe even have a pullback before we continue that trend higher over 6 months and 12 months. So I think this is just part of the market struggling to find direction in the short term.”

“Specifically related to capital gains, this should not be a surprise,” she added. “It was a part of President Biden’s agenda during the election and it was anticipated as part of the American Families Plan which should be presented next week and will be a discussion for the rest of the year. So [stocks are]just struggling to find direction in what otherwise we still consider to be a favorable backdrop for equities.”