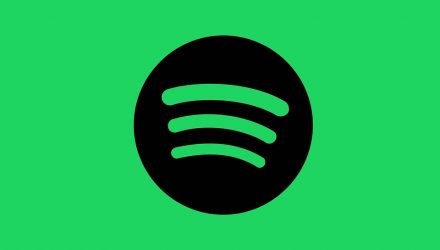 Spotify (SPOT) made an unconventional public debut on Tuesday as the streaming music service began trading after a direct listing on the New York Stock Exchange.

While Spotify has some bank advisors, a direct listing allows it to trade on an exchange without all the regulatory hassles and expensive bankers that are the hallmarks of the traditional IPO.

Market conditions are already not ideal for a public debut, whether a traditional IPO or not. Usually, the banker’s role is to recruit investors and push the stock to a successful debut, including buying shares to stabilize the first few days of trading and without that security, the stocks could be more volatile.

Spotify disclosed in a securities filing for the offering, “There could be greater volatility in the public price of our ordinary shares during the period immediately following the listing. Such differences from an underwritten initial public offering could result in a volatile market price for our ordinary shares and uncertain trading volume and may adversely affect your ability to sell your ordinary shares.”
The Dow Jones industrial average and the S&P 500 were down nearly 3 percent on Monday, and the tech-heavy Nasdaq had erased its gains for the year.Stocks got slammed on Tuesday with tech stocks dragging in the market as Amazon (AMZN) dropped 5% and was again in the headlines following a tweet from President Donald Trump.

However, according to CNBC, “There isn’t any guarantee that a traditional IPO will go smoothly. Facebook’s much-hyped debut in 2012 inspired a wave of lawsuits after a technical error by Nasdaq bungled the first hours of trading. Snapshares also got off to a rocky start last year. But Dropbox’s IPO last month went well.

According to Yahoo Finance, “Shares of the company traded hands for as much as $131 per share during the first quarter, and the Financial Times reported Monday that will likely take until midday on Tuesday for the stock to open for trading.”

Founder and CEO Daniel Ek says the listing isn’t supposed to be the most important day for the company. “Our focus isn’t on the initial splash,” he said in a letter on the company website the day before.The so-called founder’s letter has become a staple of tech IPOs, pioneered by the likes of Google, Facebook and Twitter.

The text of his letter follows in full:

Tomorrow, Spotify becomes a listed public company on the New York Stock Exchange. And it feels like the right time to pause and acknowledge the thousands of Spotify employees around the globe who helped build out the Spotify ecosystem while staying true to who we are and what we believe. You make me proud to come in and learn and work alongside all of you.

Lots of people have asked me how I feel about tomorrow’s listing. Of course, I am proud of what we’ve built over the last decade. But what’s even more important to me is that tomorrow does not become the most important day for Spotify.