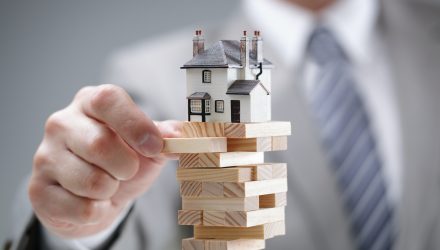 With stocks moving higher again on Tuesday, investors have turned their attention to impending mortgage payments, which are given a reprieve according to the Cares Act. Now a deluge of borrowers have been pouring into the government’s mortgage forbearance program lately.

Consumerfinance.gov says, “Don’t call your mortgage servicer if you aren’t facing an immediate issue. Mortgage servicers are getting a lot of calls and need to first help those who won’t be able to pay their mortgage. Check their website first for possible options.”

The Cares Act, part of the stimulus package which President Donald Trump signed into law on March 27, attempts to limit the economic fallout from COVID-19. The government implemented the mortgage relief measures before Trump signed the bill, mandating that all borrowers with government-backed mortgages, which totals about 62% of all first-lien mortgages according to the Urban Institute, are able to delay at least 3 months and up to a year’s worth of monthly payments Those payments must ultimately be remitted either at the end of the loan term or in a structured modification plan, of which many borrowers may not understand the consequences.
There is one unforeseen side effect of this forbearance, however, which could cause significant issues. The mortgage servicers, the companies that collect monthly payments, are required to pass those payments on to the investors who own those loans in mortgage-backed securities even if the borrowers don’t pay, as well as to have to pay insurers and tax authorities, putting them under considerable duress if borrowers fail to make payments.

Under normal circumstances, servicers have the cash reserves to whether this delay in payments if it occurs on a smaller scale, but the industry is now facing a potentially massive wave of skipped mortgage payments.

“Nobody predicted the demand this would place on servicers, so they need an ability to have the liquidity to make it happen, and if there’s not some kind of ability through a liquidity facility, then the servicers won’t be able to meet their obligations to the investors and the whole process will break down,” said Bob Broeksmit, CEO of the Mortgage Bankers Association.

“The risk to the servicing industry is that the demands on advancing these payments to the investors will outstrip their cash ability to do so,” he added.

Despite the influx of delays, at least two MBS related ETFs are largely unchanged on the day. While the Vanguard Mortgage-Backed Securities Index Fund ETF Shares (VMBS) has yet to show signs of strain due to the information, with the fund up roughly 0.5%, and the WisdomTree Mortgage Plus Bond Fund (MTGP) is up 0.12% also seemingly unaffected so far.