You are at:Home»ETF Strategist Channel»Should You Replace Your Active Manager with a Smart Beta ETF? 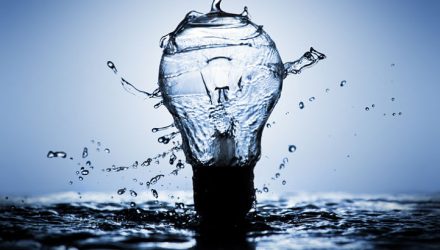 Should You Replace Your Active Manager with a Smart Beta ETF?

The rise of ETFs has generally come at the expense of active management, primarily via mutual funds. For years, active managers have been under fire as an increasing amount of research has determined that a manager’s performance is largely driven by a function of beta, or risk factors, rather than unique alpha.

BlackRock’s CEO Larry Fink summed this up well in a recent interview with Bloomberg noting, “One thing you have to understand related to the growth of ETFs is that a large component of the growth is not people seeking beta; it’s active managers navigating beta for alpha.”

Smart beta ETFs aim to take passive investing one step further by applying a rules-based approach to replicate decisions made by active managers. This has certainly been true with the rise of multi-factor ETFs such as LRGF, TILT, GSLC, JPUS, and JHML, just to name a few.

So, investors are now facing a simple question, — should you replace your active manager with a smart beta ETF?  To better understand this, we’ve studied the weekly performance of U.S. equity active mutual funds and their smart beta ETF peers in each Morningstar style box category. We evaluate funds with inception dates at least three years prior, and with performance history from 12/29/13 through 4/8/2017.

The Classic View to Identifying Winners and Losers

Performance by active mutual fund managers and smart beta ETFs can have striking differences and similarities depending on their general classification. According to our collected data, the average percentage of managers who successfully outperformed their respective style benchmarks is only 19% across all Morningstar categories considered. This compares with the roughly 40% of smart beta ETFs that outperformed their style benchmarks during the time period considered. Many would argue this window is not a true indication of an active manager’s ability to outperform over a full market cycle given it only assesses each fund’s performance for the past three years. But, this window was selected to account for the fact that many smart beta ETFs launched over the last few years.

Regardless, it may be more important to evaluate the degree of consistency with a fund’s outperformance, not just whether an active mutual fund manager or smart beta ETF beat its benchmark over a given time period.

An Alternative View to Identifying Winners and Losers

Another way to evaluate the degree of consistency and skill or edge associated with an active mutual fund manager or smart beta ETF is to determine whether their outperformance is a function of their investment process, or simply just luck.

For our study, we focused on weekly observations of relative performance to answer a simple question, “Did the active mutual fund manager or smart beta ETF outperform its style benchmark or not?” We set out prior beliefs about the chances for each to outperform in a given week to be distributed around 50% (with some variation to account for the uncertainty of their true chances to outperform). Active mutual fund managers and smart beta ETFs whose chances to outperform are greater than 50% in any one week should reflect some amount of skill/edge relative to their peers, and vice versa.