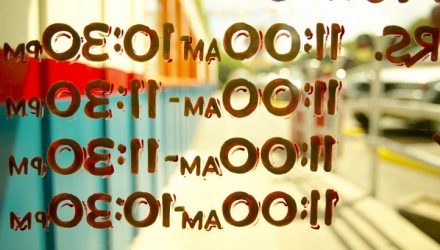 Small-Cap Rebound Has its Critics

“The small-cap Russell 2000 just touched an all-time high, but some strategists are forecasting downside for the index in the face of a weakening U.S. Dollar,” reports CNBC. “The Russell 2000, which in Monday trading rose to an all-time high and posted its fifth straight session of gains, is still underperforming the large-cap S&P 500 and the Nasdaq 100, pointed out Rich Ross, technical analyst with Evercore ISI.”

Although the Russell 2000 hit a record Monday, it “didn’t quite break out decisively. Examining a chart of the Russell 2000 going back to the U.S. election in November, when the stocks surged, Ross pointed out that the index appeared to signal upside out of a trading range formed over the last eight months or so, but has “stalled” at this point,” reports CNBC.