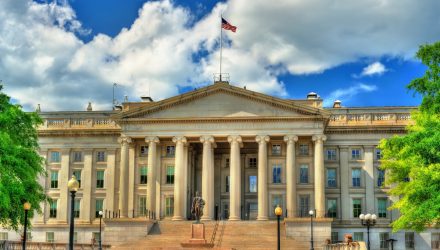 Foreign buyers are just not as enamored with U.S. Treasuries as they use to be. The diminished demand could push bond yields higher and weigh on Treasury bonds, along with related exchange traded funds.

The group of so-called indirect bidders, which includes both mutual funds and foreign investors, have been buying the smallest percentage of bonds they’ve bid for since 2011, reports Daniel Kruger for the Wall Street Journal.

Foreign investors hold about 43% of U.S. government debt, the lowest since November 2016. The foreign buyers group has steadily reduced their stake in U.S. debt from a peak of 55% during the financial crisis.

“We cannot exist at these growth rates with these deficit projections without foreign participation,” Andrea Dicenso, a portfolio manager and strategist at Loomis, Sayles & Co., told the WSJ.

The diminished demand among foreign investors also comes as yields on benchmark 10-year Treasuries hit 3% last week for the first time since 2014. Now, many investors and analysts anticipate yields to push even higher as the increase in U.S. borrowing due to tax cuts and higher spending expand the supply of debt outstanding.

There has been been speculation that China, one of the largest holders of U.S. debt, could dump Treasuries, especially in response to escalating tensions between Washington D.C. and Beijing. The flood of new supply could exacerbate the markets as the U.S. is increasing new issue sales. Economists and other investors, though, contend that it would run counter to China’s own economic interest to adopt such a move.