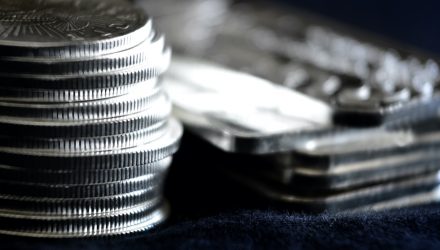 Silver prices are rallying once again on Friday, notching a three-month high today, as safe-haven demand has returned to the metals late this week amid slipping stocks. Risk-off assets are gaining traction as stock investors are wary ahead of the press conference scheduled with China later this afternoon.

The U.S. and China are at odds once again, in a setting that could spark a fresh standoff between the two largest economies in the world. President Trump sometime Friday is expected to hold a press conference to address China’s actions to tighten its grip on Hong Kong, where he will also likely discuss China’s involvement in stifling information related to early Covid-19 infection rates in China. But right now traders and investors can only speculate as to what the president will say or do at the conference.

July Comex silver prices are running up in anticipation of the conference, however, as stocks continue to slump. Silver futures were last up to over $0.50 at $18.465 an ounce, as they look to test the February highs. Meanwhile, the iShares Silver Trust (SLV) is up 2.93% amid the news.

“Silver has recently made good some more ground vis-à-vis gold, as can be seen from the fact that the gold/silver ratio has dipped below 100,” the analyst said. The ratio measures how many ounces of silver it takes to buy an ounce of gold, with a smaller number meaning outperformance by silver.

As of early Friday trading, the two markets had moved so that the ratio was 98. It had been as high as 127 in March.

“It is also evident from the ETF [exchange-traded-fund] inflows that silver is currently in greater demand than gold,” Briesemann said. “The silver ETFs tracked by Bloomberg have registered inflows of 2,479 [metric]tons since the beginning of April, i.e. since the start of the quarter. This has seen holdings rise by 12.3%, allowing silver to overtake gold in this respect. The increase in gold ETFs during the same period has been 10.4%. Inflows into silver ETFs since the start of the year now total 3,786 tons (+20%), which equates to almost two months of global silver mining production.”