You are at:Home»Equity ETFs»Shale Supply Issues for Energy Stocks, ETFs 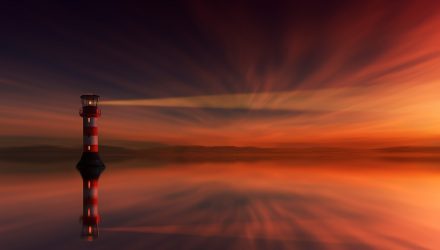 The SPDR S&P Oil & Gas Exploration & Production ETF (NYSEArca: XOP) is off 8.3% year-to-date even as futures-backed oil exchange traded products are delivering solid returns. The energy sector is already this year’s worst-performing group and oil is already one of this year’s worst-performing commodities, but more downside could be seen for some energy exchange traded funds as the U.S. is awash in abundant oil supplies.

Advances in U.S. shale oil production technologies are contributing the to supply surplus and weighing on any oil price gains. It has become much cheaper for the upstart U.S. shale producers to extract oil out of the ground, sparking U.S. oil output to its highest levels since the 1970s.

“Crude fundamentals look healthier than they’ve been for years, largely due to voluntary curtailments from OPEC and its partners. By giving up 1.8 million barrels per day combined, this group has engineered a temporary supply shortage in an effort to realign global inventories with long-term averages,” said Morningstar in a recent note.

Related: Second Quarter Could be Rough on Energy ETFs

“Growth from U.S. shale still looms large. Crude prices have largely held above $60 per barrel for West Texas Intermediate in 2018, which provides an attractive economics for many U.S. producers. Eventually, we expect pain for oil prices as growing U.S. production serves as the primary weight to tip oil markets back into oversupply,” according to Morningstar.