You are at:Home»Featured»SEC Looks to Ease Rules Approving Low-Risk ETFs 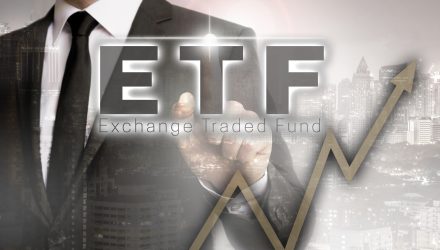 As the $3.5 trillion ETF industry continues to evolve, the Securities and Exchange Commission (SEC) is looking to ease its rules for approving low-risk ETFs.

The U.S. securities regulator on Thursday unveiled a proposal to allow issuers to launch vanilla ETFs without first seeking approval from the regulator.

Currently, issuers hoping to propose a new ETF must first acquire SEC permission, a process known as exemptive relief, before selling funds. Such a process has “inadvertently given some firms a competitive advantage,” which in turn has prompted lobbyist activity for years. Rule 6c-11 was first considered by the Commission in March 2008, although it was not passed.

According to the SEC, rule 6c-11 would “exempt exchange-traded funds (‘ETFs’) from certain provisions of [the Investment Company Act of 1940]and our rules.” In addition, it “would permit certain ETFs to begin operating without the expense and delay of obtaining an exemptive order from the Commission.” Thus, with the new regulation, ETFs would be allowed to enter the market much more quickly and easily.

ETF Trends publisher Tom Lydon said the move would help boost competition and innovation by lowering the barriers to entry.