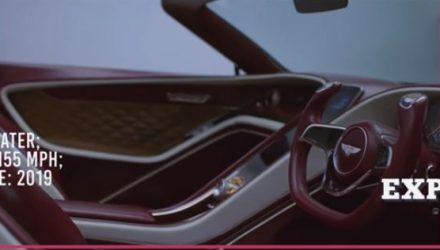 Top 10 All New Electric Cars to Go on Sale

Americans are moving closer and closer towards trading in their gas fueled cars for electric cars.

Because let’s face it, gas is getting ridiculously expensive, the environment is being trampled on, and frankly, electric cars are sleeker, cooler, and obv. better for carpool. (Sorry to my adorable little Toyota Matrix, I still love you!)

Here’s a look at the top 10 all new-electric cars to go on sale in 2018 and 2019 from Automotive Territory: Trending News & Car Reviews.

According to CNN Tech, “The biggest reason people said they would buy an electric car is concern for the environment — about 80% of people who said they would buy an EV cited this as a reason. Next, 67% of people cited lower operating costs. Electricity costs much less per mile than gasoline or diesel fuel, and electric cars costs less to maintain since they have far fewer moving parts and don’t require oil changes.”

To learn about how you can invest in electric cars, check out Rising Electric Car Demand Powers Lithium ETF and Global X Drives Out New Electric Vehicle ETF.