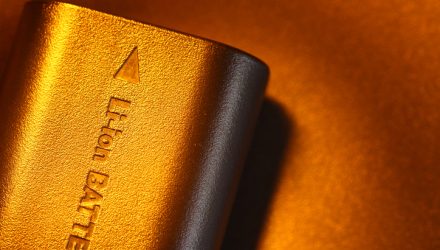 The growing popularity of electric-powered vehicles is fueling demand for lithium batteries and supporting the miners-related ETF.

The world is shifting toward electric vehicles and the industry is standardizing on lithium ion batteries, which could mean that we are going to need a lot more lithium than is currently be supplied, writes Josh Brown, The Reformed Broker.

Over the past two years, fears of a lithium shortage has almost tripled prices for the metal to over $20,000 a ton due to a spike in the market for electric vehicles, and the demand for metals isn’t dissipating as electric car production is estimated to surge more than thirtyfold by 2030, Bloomberg reports.

While there is more thane enough lithium in the ground, the industry and infrastructure needed to extract the metal is still lacking. Battery makers will require more mines to support production and they will have ot build them much more quickly than previously thought.