Why Robots Fail to Meet User Expectations
You are at:Home»Robotics & AI»Designing with Expression in Mind 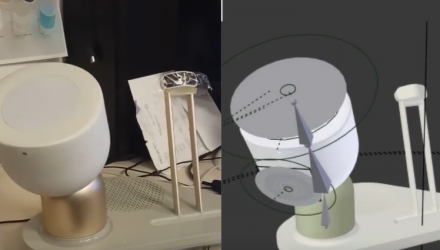 Designing with Expression in Mind

In this upcoming series of blog posts we’d like to introduce you to the team members of Intuition Robotics and show you the processes, tools and principles that go into building ElliQ from the inside, out. In this post, our design innovation researcher, Shlomi Azulay will take you behind the scenes of how we are creating multi-modal expressions for ElliQ.

The more complex technology becomes, the more crucial the role of design is in keeping experiences accessible and intuitive. In this way, the idea of designing a social robot as our first product is an enormous challenge, but one that could set a precedent for a new category of human-machine interactions.  We believe that a strong bond can be built with a machine, but only if this interaction is based in authenticity and defined through its context.

How the robot expresses itself is pivotal in creating this new type of interaction. We wanted to look at every possible way in which ElliQ could express herself, not only through verbal communication. Within the robotics industry, the use of gesture has become foundational for social action output. However, we realized in our early stages that separating each technological tool for interaction creates segmented experiences, and the best experiences come when all of our assets are integrated into cohesive, complex, contextual outputs.

In this case, assembling all of ElliQ’s output components into a specific timeline and formula became crucial in defining her expressions and social interactions. The magic is when the system is able to fully understand its environment and context, and utilize each of its expression mechanisms in tandem to create fluid moments of seemingly authentic personality.

ElliQ’s user experience is composed of 5 distinct layers:
Speech: The use of verbal expression for ElliQ to interact and convey personality
Sound: Separate from speech, uniquely designed sounds that alert the user of notifications or other product features
Motion: ElliQ’s character entity can freely move within three defined degrees of movement, allowing for a wide array of gestures
Lighting: Two LED arrays allow for the use of lighting to express character personality as well as call attention to notifications
2D Interface: A detachable screen is utilized for content and video calls, kept separate from the robot in order to keep from breaking her character

It’s all about timing.

Working on a new category of consumer product forces us to develop our own set of tools. The lack of traditions and biases in this new design field enables our team to invent new design methodologies, and with a target audience that is not traditionally technology savvy, we are forced to edit our design down to its purest and most accessible form.