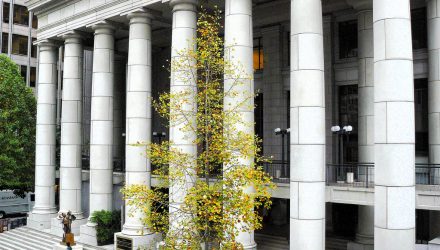 Treasury yields were higher across the board as news broke that the United States and Mexico have agreed to overhaul the North American Free Trade Agreement. The Dow Jones Industrial Average gained over 250 points as investors flipped the “risk on” switch and safe haven assets like government debt got snubbed.

According to U.S. President Donald Trump, the newly-established deal would effectively eliminate the NAFTA name and would now be called The United States-Mexico Trade agreement. The Trump administration was pushing for a revamp of the NAFTA agreement prior to December 1 when Mexico turns over its leadership to the incoming administration of President-elect Andrés Manuel López Obrador.

““We’ll all have to look at the details with Mexico entail. If we just see a de-escalation of trade tensions, that’s a positive for financial markets. We don’t think it needs to lead to a new trade deal as long as the rhetoric comes off the boil. It seems there is an incentive to de-escalate trade tensions into the midterms,” said Ashok Bhatia, senior portfolio manager at Neuberger Berman.