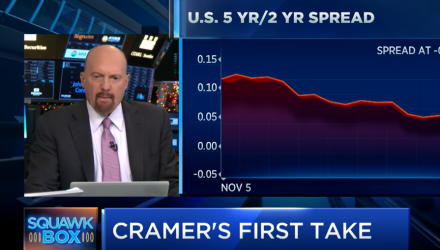 However, worries over an inverted yield curve came back into focus on Tuesday in conjunction with the reality that a tangible and permanent trade deal is necessary for the markets to continue responding to the upside.

“The flatter it gets, the worse it is for the market. Even worse for the market is when it’s below 50 and already inverted,” said Paul Hickey, co-founder of Bespoke. “When you get the worse performance is after it inverts and gets positive again, and that’s when you really see the market weaken.”