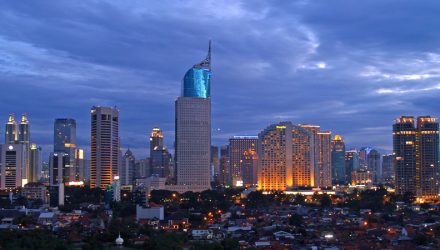 For the fourth time in the last three months, Indonesia raised its interest rates 25 basis points to 5.5% amid the economic crisis in Turkey in conjunction with the devaluing Indonesian rupiah. The rate rise comes as a measure to help prop up the country’s currency, particularly as emerging markets continue to take a hit from the ongoing trade wars, especially between the United States and China.

“The reason for the rate hike is to maintain the attractiveness of our domestic financial market, in that we want yields… to remain attractive despite rising risk premiums and that could trigger inflows,” said BI Governor Perry Warjiyo.

The rupiah has reached floor levels not seen in three years after the economic crisis in Turkey saw the Turkish lira fall to unprecedented levels. However, the rupiah’s drawdown for the majority of 2018 has largely been due to a strong U.S. dollar.