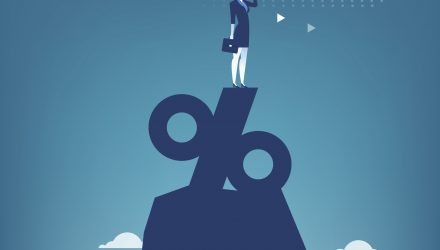 Federal Reserve Chairman Jerome Powell confirmed the general market consensus on Wednesday that interest rates would rise by capping off a two-day monetary policy meeting with the announcement that the federal funds rate would elevate by 25 basis points to 2.25. Backed by data showing that the economy is experiencing forward growth momentum and a stock market that has seen record levels, the Fed was even more hawkish for 2019, predicting that three or more rate hikes are to be expected.

The rate hike, the third experienced thus far this year, effectively marks the end of an accommodative monetary policy as interpreted by many market analysts.

“The thing that folks were watching for, which they went ahead and did, was remove the word ‘accommodative’ in regard to their monetary policy,” said Michael Arone, chief investment strategist at State Street Global Advisors. “It does seem to potentially indicate they believe monetary policy is becoming less accommodative and getting more towards that neutral rate.”

Nonetheless, in a post-announcement presser, Powell was quick to point out that rate hike doesn’t necessarily signal a shift, but was effected in line with the current performance of the economy and the Fed’s expectations.

One point of contention mentioned in the markets is that the Fed could give pause to their rate-hiking measures if trade wars continue to be a concern. Both the U.S. and China have already slapped each other with tariffs worth $50 billion total, which have raised questions on whether tariffs turn from sector-wide issues to broad economic disruptions.