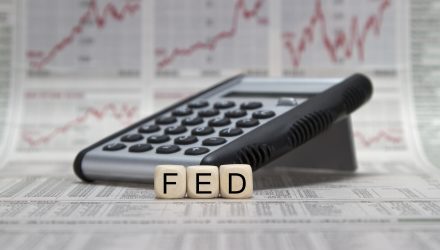 The common notion by the capital markets that the Federal Reserve will likely raise interest rates today was confirmed as Fed Chairman Jerome Powell capped off a two-day monetary policy meeting with the announcement that the federal funds rate will increase by 25 basis points to 2.25.

The markets were already betting on a rate hike and as such, the major indexes didn’t make any dramatic moves following the announcement. The Dow Jones Industrial Average did jump as high as over 100 points before retreating back to its pre-announcement levels of about 60 points as of 2:40 p.m. ET.

During their two-day policy meeting, the Fed likely pored over the latest economic data that buttressed a strong economy, including second quarter gross domestic product showing an increase of 4.2%, which is expected to be revised higher to 4.3%. In addition, the extended bull market has added more fuel to the proverbial flame with the S&P reaching record-breaking levels as companies like Apple and Amazon have crossed the $1 trillion market capitalization mark.

“The labor market has continued to strengthen,” and “economic activity has been rising at a strong rate,” the Fed said.

One point of contention mentioned in the markets is that the Fed could give pause to their rate-hiking measures if trade wars continue to be a concern. Both the U.S. and China have already slapped each other with tariffs worth $50 billion total, which have raised questions on whether tariffs turn from sector-wide issues to broad economic disruptions. However, the Fed veered away from any trade war language in their statement.