You are at:Home»Relative Value Channel»Equities And Emerging Markets Could Get A Boost From Rate Cuts Says One Analyst 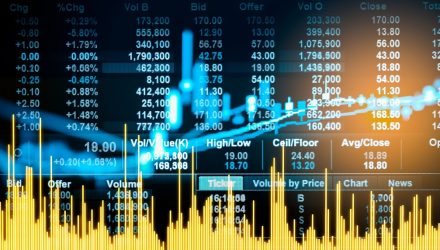 Ian Young June 29, 2019
With all the back and forth in recent months due to global trade issues and generalized economic uncertainty, one analyst believes that the resulting indicated interest rate cuts will be beneficial for equities and emerging markets.
“I think the Fed has clearly been pressured by the White House. It’s been going on for a number of months, and I don’t see it letting up. And also it’s coinciding with a softening of some of the data in the US, some of the more recent PMI numbers are showing that there is a slow down, consistent with what we are seeing elsewhere in the world. I think you’re seeing a shift or drift back to what we’ve seen over the last 2 to 5 years, where interest rates will be lowered whether it be in China Europe or the US, potentially a return to QE, Which means the Goldilocks scenario where bonds can continue to rally will reengage. So I think in terms of where equities are globally, I think the lower interest rates trend the cheaper equity is become. And I think you were going to continue to make new highs, whether it be in the US market or elsewhere. It’s probably very bullish also for emerging markets, because it looks like the bull run in the dollar is starting to fade out, which will be very positive for M debt and equity,” explained Christopher Peel, chief investment officer at Tavistock Investments on CNBC.
Tavistock sees the Fed making moves gradually to cut rates, but definitely prepared to take action as required.
“I think interest rate differentials explain a lot of the foreign exchange movement. And I think the US has further to cut then what the ECB can do. There’s talk that the ECB might move 10 basis points. I don’t think the Fed will move 50 next month; they’ll probably move 25 and then wait and see. But if there’s any softening of the data, you know the Fed will be on in easing mode,” he added.
Investors who are bullish on equities could consider a broad market ETF like the SPDR S&P 500 ETF (SPY), while those who would like to participate in emerging markets might add The First Trust Emerging Markets AlphaDEX Fund (FEM) or The Invesco DWA Emerging Markets Momentum ETF (PIE)  to their portfolios.