You are at:Home»Relative Value Channel»Emerging Markets Could Dominate The Next Decade, Says Morgan Stanley Analyst 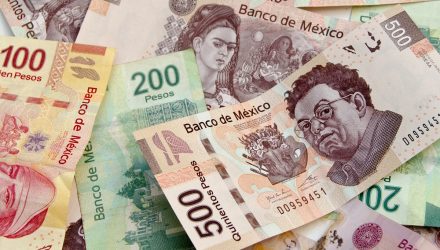 With all the vacillation in recent months due to global trade issues and generalized economic uncertainty, one analyst believes that the resulting indicated interest rate cuts will be beneficial for emerging markets over the next decade.

Ruchir Sharma, chief global strategist and head of emerging markets at Morgan Stanley Investment Management believes that the U.S. stock market dominance has nearly run its course, and that the time for emerging markets to return to prominence is predestined, based on historical trends.

“In terms of what I had said back then was this, that this has been the worst decade for emerging markets equities. And we have data going back you know the last 10 decades, so nearly a last century. And my basic point was that what happens one decade rarely repeats itself in the subsequent decade. So last decade, the exact opposite happened. The charts that are showing here of how emerging markets have done nothing this decade, and how the U.S. has tripled in value, the exact same chart could be shown for emerging markets versus the U.S. last decade, with the roles completely revered. So this has been America’s decade… So my basic thesis is that in the coming decade we are likely to see a role reversal, and that America will peak, and some of these international markets will do much better, as has been the norm for the last 100 years,” Sharma said on CNBC.

Argentina, Russia, China, and Brazil are just a few of the emerging markets to keep an eye on. The anticipated EM trend stems from overstretched valuations and record high stock prices, in conjunction with global uncertainty.

“When you have a very powerful trend in one decade, in doesn’t repeat itself in the subsequent decade, because trends get very stretched by the end of the decade. You get complete belief. You get valuations which get very stretched compared to the rest of the world. And the American stock market today relative to the rest of the world is trading at record highs in price terms and in valuation terms,” he explained.