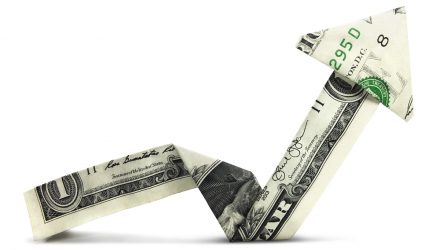 Data Shows Growth Versus Value Stock Performance May Be Shifting

After four green days in a row for U.S. markets, stocks closed slightly lower Monday, selling off during the session but then rebounding some toward the close. As a result, the S&P 500 closed little changed for the session, but value stocks, which typically have low multiples and stable fundamentals, significantly outperformed their growth counterparts.

One major concern for investors is that momentum stocks, with generally large growth expectations relative to the broader market, have outperformed value names in recent years. Thus, a shift away from momentum could signify in a downturn for the broader market.

Value stocks usually trade at lower prices relative to fundamental measures of value, like earnings and the book value of assets. On the other hand, growth-oriented stocks tend to run at higher valuations since investors expect the rapid growth in those company measures, but more are growing wary of high valuations. The factor has been a laggard over the course of much of this bull market, prompting speculation as to when value stocks will again be in style.

During periods of accelerating growth, asset categories including value, small-cap and cyclical stocks that exhibit high levels of business leverage and needed access to credit tend to outperform. On the other hand, when we are in a slow down or a contraction, the growth, large-cap and defensive categories outperformed as they provide more diversified businesses and showed lower fixed costs to help them weather economic storms.

“The rotation, despite it being a positive signal in terms of investor macro sentiment, is probably a net negative for the overall SPX in that super-cap tech will likely be caught up in the selling and these stocks dominate the index weighting,” Adam Crisafulli, executive director at J.P. Morgan, said in a note.

If investors believe that value-oriented equities will outperform growth-oriented equities, RWVG provides a means to not only see value opportunities perform well, but as a way to capitalize on their outperformance compared to growth.