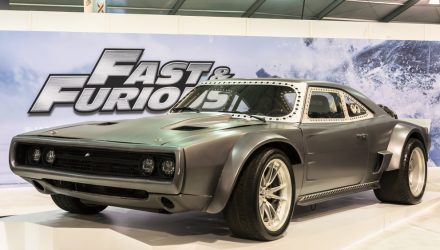 Following last week’s big news story regarding the delay of No Time To Die, it now appears James Bond isn’t the only franchise having a tough time seeing any living daylights. It would appear tomorrow may not die, but it can be delayed a quarter mile (or movie release) at a time.

With the Coronavirus now being declared a pandemic by the World Health Organization (WHO), Hollywood is following suit by moving major films out of their currently scheduled release dates. As of now, upcoming releases A Quiet Place: Part 2 and F9: The Fast Saga have canceled their releases. In the case of the Fast & Furious film, it has gone from its scheduled May date to April 2, 2021. There’s no word as of yet when the Quiet Place sequel will arrive in theaters.

These two films join a couple of lower-profile releases from other studios that similarly changed their dates – Sony’s (NYSE: SNE) Peter Rabbit 2: The Runaway, which moved to August, and STX’s My Spy, which shifted from this week to April. While there’s much expense involved in any major release, it really is the Paramount (NASDAQ: VIA) and Universal (NASDAQ: CMCSA) films that indicate what a significant shift this all is.

Paramount is not only losing out a sequel to a hit film that was tracking for a reasonably large opening, but they’ve shifted dates for other upcoming releases, The Lovebirds and Blue Story as well. For a studio that could use more hits, this epidemic has not put them in the best position, even if caution is key. That said, there could be an upside for Univeral and Fast & Furious.

Fate Of The Furious

The series (or saga) has become a powerhouse in the international market, particularly in China, even while the domestic box office take has lowered. Thanks to the highly diverse cast and globetrotting nature of the series, the appeal of Fast & Furious had this latest entry lined up to potentially be the first entry to make a billion dollars worldwide while grossing less than $200 million in America. So, with China, among other international markets, currently on lockdown in terms of movie theaters (though they may be opening back up soon), it makes sense for Fast & Furious to push to a safer time in terms of maximizing box office.

Fortunately, the film’s new release date is exactly when the next entry within the same series was going to open anyway. Imagine that? This may not necessarily mean Vin Diesel is going to be super pleased about letting down fans, but tuning up the engine on this current film and having more time to prepare for the next, complete with a perfectly good excuse for doing so.

There’s still one other big aspect for the state of Hollywood, and I’m not talking about Tom Hanks and Rita Wilson testing positive for Coronavirus. Disney is still planning to release Mulan (at least in America), on its March 27 release date. This could change, but it has to be an awkward position for the studio that other studios shift their movies around for the sake of defense. With major releases set for key times of the year (Black Widow in May, Pixar’s Soul in June, Marvel’s The Eternals in November, among others), they could shift if needed, but their theatrical and box office dominance from last year casts a vast shadow over whatever happens here, and significant delays will not help.

We’re looking at a very interesting time from this perspective. As stocks all over are taking a dip, the potential impact these date changes will have on various industries could play a big role in the studios not as enormous as Disney. Different sectors all line up to make these productions possible, and the pushing back of these features is not only going to make things complicated as far as box office results but in terms of how everything stacks up to account for an increasing pile of delayed features. It may be a quiet place in movie theaters this April and possibly May, but it’s getting quite loud and concerning on a business front.

UPDATE: In the hours since writing this poster, Disney has, in fact, canceled the releases of Mulan, as well as the Fox superhero film New Mutants, and the Fox Searchlight horror film Antlers. There is no rescheduled date at this time.