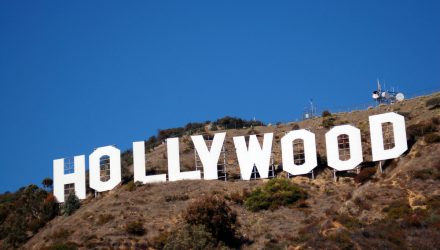 Coronavirus Causing No Hurray for Hollywood

With news today that the upcoming blockbuster No Time To Die has been delayed to November due to the Coronavirus, it now seems not even James Bond is up for saving the world right this moment. As the Coronavirus fears continue playing its role in market volatility, the fallout on various industries including major Chinese and Hollywood productions is becoming more apparent.

With a growing number of emergencies declared, it makes plenty of sense to hear about movie theaters being closed in China, even with it standing as the second-largest box office market in the world. Film productions are being shut down as well, as the notable suspension of shooting the latest Mission: Impossible starring Tom Cruise was announced not too long ago.

The biggest question, however, should be in regards to how this will affect the film business. While CDC officials provided a warning about Americans being prepared for a disruption of their daily lives, it’s not just a matter of studios shifting around their schedules and canceling publicity tours. Depending on the studio and the respective films, some American features have a major dependency on international box office success, particularly in China.

MGM, Universal and Bond producers, Michael G. Wilson and Barbara Broccoli, announced today that after careful consideration and thorough evaluation of the global theatrical marketplace, the release of NO TIME TO DIE will be postponed until November 2020. pic.twitter.com/a9h1RP5OKd

Out Of Studio Control

So far, Paramount Pictures, owned by Viacom (NASDAQ: VIA), has lost out on opening its recent hit Sonic the Hedgehog on its original Chinese release date, February 28. Universal Pictures, owned by Comcast (NASDAQ: CMCSA), may not have had high hopes for Dolittle or 1917 making a significant splash if they could have held onto those Chinese release dates, but things are currently up in the air for F9 (the latest Fast & Furious film), which has been a major global player, with the Chinese box office helping the series tremendously in the past.

Disney (NYSE: DIS) is in a similarly curious position, as Mulan has the potential to open huge in China, but without movie screens for the film to play on, the studio is in an interesting position in seeing a film focused on Chinese characters not even have a chance to play for a native Chinese audience. With that in mind, will the original animated Mulan, among other titles available on Disney+ see more success?

Amid these delays that will have movie studios panicking and adjusting, perhaps it will allow the various streaming services a chance to thrive, proving beneficial to companies such as Netflix (NFLX) and Amazon (AMZN). While productions for the original content provided for their respective streaming platforms may or may not face impact, the accelerated use due to concerns over how safe it is to go outside could prove to be quite favorable.

The impact of the Coronavirus has proven to be something that should not be underplayed. While major studios will thrive, even in handicapped quarters due to rescheduling, smaller studios are not in as good a position. Shifted releases could prove to allow for healthy competition in the marketplace, though continued competition in terms of trade wars may have its own effect on these studios. Disrupting this market could create a demand in the time to come, though at least rentals at home have remained a profitable option.