You are at:Home»Relative Value Channel»Bank United Expert Weighs In On Banking Outlook And The Trade War 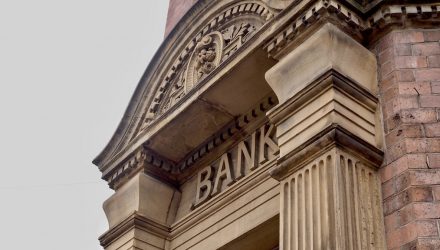 Despite the recent trade war with China, and the day to day market fluctuations due to heightened volatility, one bank expert believes that the banking industry is likely to remain steadfast in the face of the current economic and political conditions.

“A lot has changed in ten years. Ten years ago, it was probably the darkest hour of banking, if you go back to 2009. So when we started the bank, it was probably the perfect time to start a bank. Most banks were retrenching, nobody wanted to lend, everybody was worried about their existing loan portfolios, so we were able to come out of the box and grow quite rapidly. Its been an amazing business expansion. Its lasted 10 years. What’s good for the economy is usually good for banks, so we’ve enjoyed it and we hope to keep enjoying it. But the thing that we worry about is how long is this business cycle. Is it a year away, is it two years away, hopefully it’s ten years away,” explained BankUnited CEO Rajinder Singh on CNBC’s “Closing Bell”.

Singh explained that the banking structure is going through an evolution of sorts, with larger banks serving one section of the market, and smaller boutique banks serving another.

“I think of banking eventually evolving into sort of a barbell structure, this industry. You’re gonna have very large behemoth universal banks like JP Morgan, Wells Fargo, BofA, and so on, and you’re gonna have more specialized banks like us, which will cater to one or two or three niches. We will do a for things for a few people and we will do them very well. That is what the industry will eventually evolve into. And it’s happening with the SunTrust and BB&T merger, as a living example,” the CEO expanded.

Singh does show some concern if the trade war escalates appreciably however, commenting that while the books  of bank clients look solid, there are a few potential vulnerabilities in the economy.

“So conflicting signals I would say is the story. When we look at our loan book and we look at our clients, and how they are doing, and how their businesses are doing, we are very encouraged that everything is good. But when we look at our Bloomberg screens, we see some signs that give us some pause. Especially the fourth quarter of last year, there were a lot of signs in the capital markets which pointed to trouble down the stretch,” Singh stated.

For those investors interested in participating in the banking sector via ETFs, some holdings to consider are the Financial Select Sector SPDR Fund (XLF), the SPDR S&P Regional Banking ETF (KRE), and the Guggenheim S&P 500 Equal Weight Financials ETF (RYF).