You are at:Home»Featured»Are Markets Overdue for a Bigger Pullback? 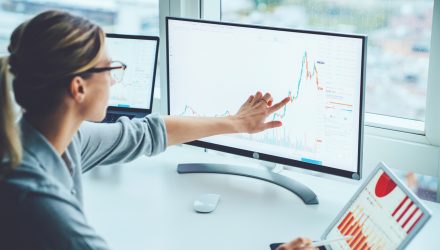 Are Markets Overdue for a Bigger Pullback?

U.S. stocks have struggled in the first week of trading, after having a banner year in 2019. Heightened geopolitical tensions from the Middle East, as well as continuing political concerns at home have crept in and stifled the market’s impressive rally that rounded out last year. Now, Wall Street analysts are admonishing investors that the sell-off might be far from over.

After a historic run in 2019, where the S&P 500 posted a 28.9% gain and ETFs collectively gathered more than $270.5 billion, markets dropped after a U.S. airstrike in Iraq killed Iranian Gen. Qasem Soleimani on Friday. Stocks had a tough start Monday, before finishing with slight gains as the crude spike mitigated a bit.

Subramanian sees this most recent Middle Eastern shake-up as having a potentially similar outcome.

Spikes in oil prices “due to geopolitical tensions can be negative given risks of stagflation, plus the impact on corporate and consumer sentiment/spending,” Subramanian said in a note Monday.

Of course after such a historic run, it wouldn’t be out of the ordinary for the markets to have some sort of correction. Stocks have pulled back less than 3% since October, continuing to rally higher into the holiday season and end of 2019. This has led to a euphoric state for many investors, who were once on the fence as this market moved higher without them.

“The extreme overbought condition and excessive optimism set up an environment that was ripe for a tactical correction, and the developing Iranian conflict may act as a catalyst for one,” Tony Dwyer, chief market strategist at Canaccord Genuity, said in a note Monday. A correction signals a 10% decline from the 52-week high.