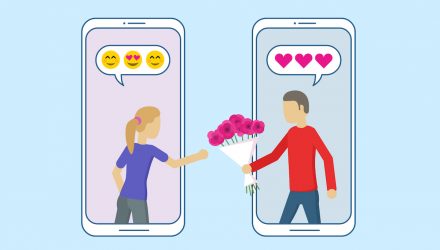 Match Group, the conglomerate that owns a “portfolio of brands designed to help every single person make a meaningful connection,” is having a banner year so far. Match Group has a variety of companies to fit the needs of the dating pool, including Tinder as well as Match, PlentyOfFish, OkCupid and Hinge, among others.

Match Group’s revenue saw significant growth in the first quarter thanks to an increase in Tinder subscribers. The company said in its earnings report yesterday that total quarterly revenue grew 14% year over year to $465 million. If the effects of foreign exchange aren’t included, growth would have been even larger, at 18%.

During the first quarter, Tinder  average subscribers were 4.7 million, an increase of 384,000 from the prior quarter and up 1.3 million year over year. In total, Match Group’s average subscribers increased 16% to 8.6 million, up from 7.4 million a year ago. Match Group said the growth in subscribers and increase in average revenue per user at Tinder boosted its revenue, but it was partially offset by foreign exchange effects.

A large part of the group’s success is due to the element of privacy that the suite of apps offer.

“The vast majority of singles would not want to use Facebook for dating primarily due to concerns with data and personal privacy,” Match Group CEO Mandy Ginsberg said on the company’s first quarter earnings call. “But more importantly they don’t want to be contacted by strangers on a social network meant for connections with friends and family.”

“I’m confident that as we focus on scaling these businesses and improve the product experience, revenue is going to naturally follow,” Ginsberg added on another call with analysts Wednesday.

The company announced it will soon be rolling out a “light” version of Tinder intended to be smaller and easier to download and operate for users in regions where internet use is still expanding.

Last week Match Group joined forces with entertainment companies AEG Worldwide and Live Nation to launch its “festival mode” for Tinder, allowing users at music festivals to add a badge to their profile specific to the events, as well as swipe, chat and meet others in the area. It also anticipates Snapchat integration is coming to Tinder soon.

ETFs that maintain exposure to Match Group Inc (MTCH) as of May 8, 2019. Via etfdb.com.