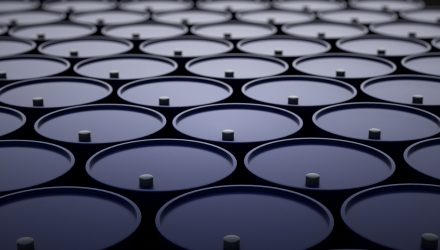 Crude oil saw a massive price spike on Monday following drone strikes on a Saudi oil facility over the weekend that has impeded more than half of the kingdom’s daily exports, or about 5% of the world’s crude production.

Brent crude briefly rocketed almost 20% higher in early trading before settling to roughly 15% higher as of 1PM EST, the most in history, up over $9 to $69.33 per barrel, according to The Associated Press. The U.S. benchmark West Texas crude is also up 15%, to $63.07 a barrel as of 1PM EST.

President Trump took action rapidly, tweeting overnight that he would unlock America’s strategic oil reserves. But he also raise the threat of military action, saying the US was ‘locked and loaded’ to react to the perpetrator.

The attack came at an oil processing facility at Abqaiq and at a nearby Khurais oil field on Saturday, hamstringing 5.7 million barrels of daily crude production or 50% of the kingdom’s oil output. Saudi Aramco, the national oil company, reportedly is attempting to restore about one third of its crude output, or 2 million barrels by Monday. However, Bloomberg News reported it could take weeks before Aramco restores the bulk of its production at Abqaiq.

Yemen’s Houthi rebels claimed responsibility for the attack, stating it was one of their most significant attacks ever inside the kingdom. The Houthis have been behind a series of attacks on Saudi pipelines, tankers and other infrastructure over the past few years.

While crude oil has been moving higher recently, after a rough few years of bearishness, this move could catapult the market higher, potentially establishing a more bullish tone.

“While in the short term the direct physical impact on the market might be limited, this should move the market away from its bearish macroeconomic cycle and raise the risk premium in the market as funds reduce their short positions,” said Chris Midgley, global head of analytics, S&P Global Platts.

The attacks come as Saudi Arabia readies itself to sell stock in its state-owned oil giant Saudi Aramco, in what has been predicted to be the largest IPO in history. While only a small percentage of the company is expected to be sold, Aramco is currently valued at anywhere from $1.5 trillion to $2 trillion. The IPO may now be put on hold according to experts.

“If the Iranians have been driven to desperate measures from the loss of crude export revenues, an attack on Saudi capacity seems a likely response,” Jason Gammel, energy analyst at Jefferies, said in a note on Sunday. “The risk of wider conflict in the regions, including a Saudi or US response, will likely raise the political risk premium on crude prices by $5-10/bbl.”