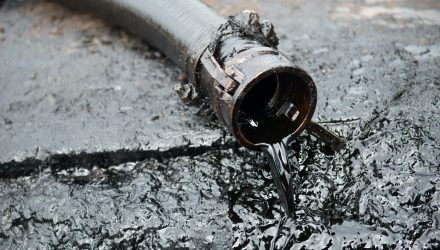 The EIA showed that the United States maintained a historically high level of commercial crude oil inventories as of the week ending June 19, after the precipitous drop in demand that occurred amid the lockdown and the languid demand recovery since lockdowns have been eased.

In its latest Weekly Petroleum Status Report, the EIA reported a 1.4-million-barrel increase in crude oil inventories for the week to June 19. At 540.7 million barrels, U.S. crude oil inventories are holding above the five-year average for this time of the year, and demand recovery appears to be moving at a more stilted pace than hoped, as suggested by the change in fuels.

Commercial crude oil inventories in the U.S. Gulf Coast have surged by 63 million barrels since March 13, when a national emergency was declared in the United States for the coronavirus pandemic. The Gulf Coast inventories are currently sitting at an all-time high of 249 million barrels, according to the EIA.

Fears of overflowing storage sent WTI Crude prices into negative territory in April for the first time in history, but the market has rallied steadily since then, cresting $41 a barrel in the front month July crude.

According to Petro-Logistics’ estimates, OPEC staged attempts in June to further slash production, including from   less compliant countries such as Iraq and Nigeria, who were admonished by the leaders of the OPEC+ coalition for insufficient compliance in May. Still, the OPEC members bound by the pact were off-target for full compliance.

“Excluding Iran, Libya and Venezuela, which are not part of the curtailment agreement, OPEC-10 supply remains about 1.55 million bpd away from full compliance,” Petro-Logistics told Reuters.

“Iraq, Nigeria and Kuwait are the main countries that have lowered their supply since May, with more limited cuts by Saudi Arabia, the UAE and Angola,” Petro-Logistics said.