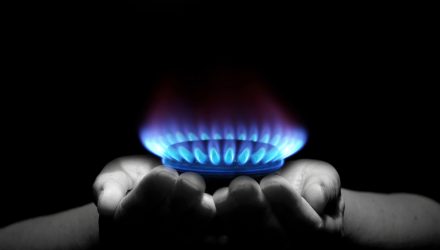 Since there were no real major day-to-day changes in weather or domestic fundamentals data, Bespoke Weather Services argued that the recent price gains were due to “escalations in the Russia/Ukraine conflict” and the associated increase in European prices as the likely driver of early gains for U.S. natural gas futures, the Natural Gas Intelligence reports.

“This movement based on the situation in Europe is very likely to continue for a while, independent of anything shown in the data, which makes it a good time to simply stay neutral and see how the dust settles,” Bespoke told clients.

Looking at the latest weather models, Bespoke pointed to a “solid mid-month cold shot, relative to the time of year, but hints of rewarming late-month.”

Market observers have mainly been watching European markets as the Russia-Ukraine war and Western sanctions could put Russian energy supplies to Europe at risk. There have already been some disruptions with Russian LNG deliveries to Europe.

Russia, the world’s largest pipeline gas exporter, has diversified its routes to Europe, the Natural Gas Intelligence reports. Gazprom stated that it was shipping natural gas to Europe through Ukraine, and Russian flows have continued since the conflict started.

“A complete shutdown of Nord Stream 1 (NS1), Yamal-Europe and the Ukraine routes has devastating consequences for the European gas market, with knock-on effects around the world,” Oxford Institute for Energy Studies (OIES) said in a recent report, adding that if flows were cut from those systems, Europe’s ability to refill its depleted storage capacity would be “severely compromised.”

Natural gas deliveries through Ukraine made up for 22% of the 168.7 billion cubic meters that Russia has brought to the wider European market, including Turkey, in 2021, according to the OIES data.