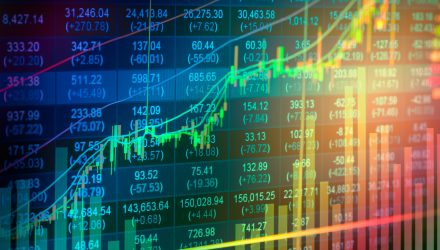 The Nasdaq is making new all-time highs on Tuesday, and stocks ETFs are climbing higher again after futures made a dramatic blip down in overnight trading.

The Nasdaq Composite has gained 1.31% to notch an intraday record high. The Dow Jones Industrial Average rallied 250 points, or roughly 1%, while the S&P 500 added 1% as well.

Apple is leading big tech higher, gaining 2.68% as investors show enthusiasm for a plethora of new product and operating system announcements from the iPhone-maker’s WorldWide Developers Conference. Apple gained more than 2%, achieving an all-time high, after news that the company said it would use its own chips when building new Mac computers, scrapping the Intel chips it has been relying on.

UBS analyst Timothy Arcuri said the move toward Apple’s own chips is “continuation of its strategy of vertical integration following years of convergence” in its mobile and Mac products, as Apple already uses its own chips in iPhones. Arcuri raised his price target on the stock to $400 per share from $325 per share, suggesting an 11% upside from Monday’s close of $358.87.

Fox’s Martha MacCallum asked, “Do you think that the president sort of … I mean, he obviously really wanted to hang onto this trade deal as much as possible. And he wanted them to make good on the promises because there had been progress made on that trade deal, but given everything that’s happened and all the things you just listed, is that over?”

In his subsequent statement, Navarro said, “I was simply speaking to the lack of trust we now have of the Chinese Communist Party after they lied about the origins of the China virus and foisted a pandemic upon the world.”

“My comments have been taken wildly out of context,” Navarro added. “They had nothing at all to do with the Phase I trade deal, which continues in place.” This clarification sent stock futures back higher.

President Trump echoed the comments that the trade deal was still in place.

“The message today may be that the virus and the bull market can coexist,” Jim Paulsen, chief investment strategist at the Leuthold Group, told CNBC. “Despite back to back days of Covid19 cases above 30,000 over the weekend and ongoing reports of hot spots, the stock market managed to post a strong gain.  Market action seems to suggest investors expect the economy to continue improving in the months ahead even though the country is likely to experience spotty or temporary spikes in the virus.”