You are at:Home»Investing»Nasdaq Delists Long Blockchain 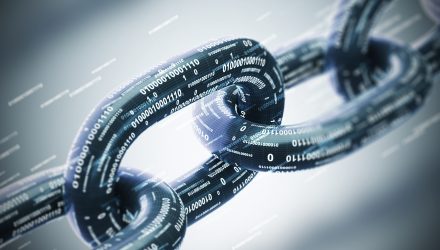 Nasdaq will delist the shares of Long Blockchain on Thursday, a move that comes months after the company’s price soared following a name change and focus on blockchain.

Subsequent disclosures revealed that Nasdaq believed Long Blockchain wasn’t being forthright with investors – a determination the company sharply disputed in the same letter, published in February.

“The notification letter stated that the staff believed that the Company made a series of public statements designed to mislead investors and to take advantage of general investor interest in bitcoin and blockchain technology, thereby raising concerns about the company’s suitability for exchange listing,” the company said at the time. “The company strongly disagrees with the staff’s determination and, accordingly, has appealed to a Hearings Panel.”

According to Nasdaq, “Long Blockchain’s shares dropped 65 cents, or 37%, to $1.10 Wednesday, putting the firm’s market capitalization at $12.6 million. The firm was valued at nearly $70 million in late December after it announced it was switching its name and pivoting to focus on blockchain while a subsidiary continued to sell tea. A visit to the company’s Long Island office right after it changed its name showed that it operates a 10,000 square-foot supply warehouse used for distribution of its nonalcoholic beverages.”

A visit to the company’s Long Island office right after it changed its name showed that it operates a 10,000 square-foot supply warehouse used for distribution of its nonalcoholic beverages.
Related: Two ETFs to Tap Blockchain, Autonomous Vehicles

Shares of the firm climbed 183% right after the name change, but in recent months, a drop in the price of bitcoin and other cryptocurrencies and the prospect of increased regulation have hurt blockchain stocks.