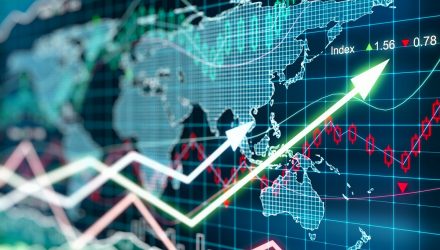 Stocks are making new highs once again today, with the markets closing early for the July 4th holiday. The S&P 500 rose 0.6% and hit a record high as the real estate and utilities sectors were dominant, while the Dow Jones Industrial Average traded 110 points higher, headed for a record close. The Nasdaq Composite also rallied over 0.5%.

Much of the rally has been attributed to the likelihood that the Federal Reserve will cut rates at the upcoming meeting at the end of July.

“We’re 21 trading days away from the July 31 Fed meeting where they’ll likely cut,” Stone told CNBC’s “Trading Nation ” on Monday. “If in fact it was really an insurance cut and there was no recession involved, you usually see the market move up about 2%, on average.”

Adding to the case that the Fed might cut rates, private payrolls in the U.S. increased by 102,000 in June, ADP and Moody’s Analytics said. Economists polled by Dow Jones expected growth of 135,000. The numbers are a letdown, and last month, the central bank opened the door to easier monetary policy by stating it will “act as appropriate” to maintain the current economic expansion.

“As you look around the globe, general business indicators are showing some slowing and it seems like now we’re starting to see a bit of slowing in the United States,” Scott Colyer, chief investment officer at Advisors Asset Management, told CNBC. But “in this recovery we have a very involved central bank, and really global central banks, applying quantitative easing.”

“There’s virtually 100% chance that the Fed will lower rates at the July meeting. I think the Fed will see the economic indicators in the United States are beginning to slow.”

Investors and economists have been in an upheaval over lower rates after the Fed hiked four times in 2018. Tim Courtney, chief investment officer at Exencial Wealth Advisors, believes that investors should be careful with what they wish for, as lower rates typically represent a troubled economy.

“The market is a little bit optimistic, not only about a cut but what it represents,” Courtney said. “I don’t think the Fed wants to send a signal that things are weakening unless they really are.”