You are at:Home»Featured»Markets Pare Gains As Stimulus Package Comes Under Fire 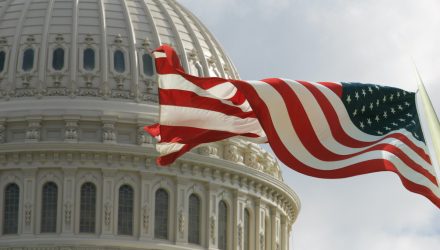 Although markets finished in the green for the second day in a row, the triumphant move higher was stymied by an argument over the specifics of the stimulus package waiting to be voted on by the Senate.

Earlier in the day, Republican senators Lindsey Graham and Tim Scott of South Carolina, Ben Sasse of Nebraska and Rick Scott of Florida withheld support from passing the rescue stimulus package through fast-track procedures. They claimed that a plan to offer an additional $600 per week in unemployment insurance for up to four months, a core provision of the near-final legislation, could compel companies to lay off workers and encourage Americans to remain unemployed.

Senator Bernie Sanders responded by saying he would postpone the bill if his GOP colleagues did not relinquish their opposition, claiming it an “outrage” to prevent Americans from receiving the needed emergency unemployment insurance. In a statement, he said he is “prepared to put a hold on this bill” to lobby for more rigorous restrictions on companies receiving aid from a taxpayer pool of $500 billion.

While markets had rocketed as much as 17% higher over the last two days, with stock index ETFs such as the SPDR S&P 500 ETF Trust (SPY) up to Tuesday to the tune of a massive 8.74%, while the SPDR Dow Jones Industrial Average ETF (DIA) rocketed 10.22%, and the Invesco QQQ Trust (QQQ) climbed 7.56%, the possibility of a roadblock in the Senate smacked U.S. stock indexes down at the end of Wednesday’s session. The S&P lost more than 100 points as investors who hoped Congress could rapidly approve the legislation, which provides direct payments to Americans, loans to all levels of businesses, and resources to states and hospitals to fight the outbreak was under fire.

House Majority Leader Steny Hoyer said Wednesday, “Let’s just make sure we make people whole. Let’s not increase their salary because you can’t afford to do that,” he told reporters.

Despite the late-day drop, the Dow Jones Industrial Average, S&P 500 both closed the day positive, however, up 2% and 1% respectively, while the Nasdaq closed in the red, down 0.5%.