You are at:Home»Featured»Are Markets Overbought? Consider this Sector, Says Expert 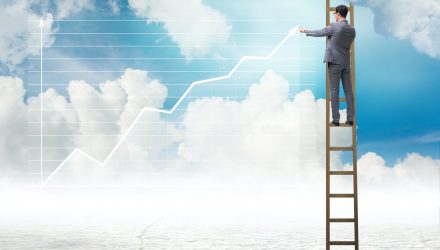 While stocks and index ETFs are rallying today amid the inauguration of President Joe Biden and strong corporate earnings, at least one financial pundit feels the future is more uncertain.

Billionaire investor Leon Cooperman told CNBC on Wednesday that he envisions a more challenging environment for stocks and index ETFs in the years ahead, after the market’s strong recovery from pandemic-era lows in the last 10 months.

“I think the near-term outlook is probably OK. Long term, I think that we’re borrowing from the future,” Cooperman said on “Squawk Box.”

“Whenever you bought into the market when it was selling at the present multiple of, say, 22 times or higher, you’ve never really made any serious money one year, three year, five years out. I think that’s what we’re looking at,” added the chairman of the Omega Family Office.

Cooperman says that loose monetary moves from the Federal Reserve, along with hawkish fiscal stimulus provided by Congress in response to the pandemic is just “pouring more fuel in the fire” for stocks.

“There’s a meaningful chunk of the market today that’s in euphoria. You see 50% price moves. You see a SPAC a minute. That’s stuff that’s ringing the bell,” Cooperman warned.

So what should investors do instead, given the potential pitfalls of the market future? According to Cooperman, “look for value.” He added, “I do have long-term concerns because I think the policies we’re running are unsustainable.”

“We have this push-pull. We have the push of very, very simulative fiscal and monetary policies. Hard to fight that presently,” Cooperman said, just a few hours before President-elect Joe Biden was sworn into office.

“Then we have the pull of a new administration” that is likely to pursue policies such as higher corporate taxes and more regulation, he said, adding that he believes those policies could hurt the stock market. “It’s a less pro-business, less friendly business environment.”

In the event that markets do begin to fall, savvy investors could also look at using inverse ETFs like the ProShares UltraPro Short Dow 30 (SDOW) and the Direxion Daily S&P 500 Bear 1X (SPDN).