You are at:Home»Featured»Market Pulls Back Further On Weakest Consumer Confidence Number In Years 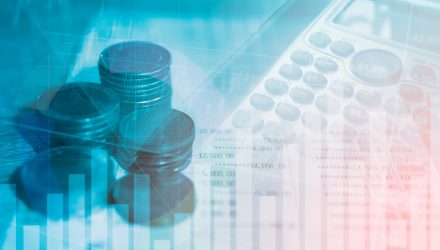 The Conference Board’s Consumer Confidence Index tumbled to 121.5 in June, dropping from a downwardly revised reading of 131.3 in May and snapping three consecutive months of improvements.

June’s results missed consensus expectations for a reading of 131.0, according to Bloomberg-compiled data, and pegged the lowest level in nearly two years.

Last month the stock market sold off dramatically, marking it’s worst May since 2012. Despite market’s the rapid recovery in June, largely due to expectations that the Fed would cut rates, which didn’t happen, investors still seem rattled by the trade tensions with both China and Mexico.

“The decrease in the Present Situation Index was driven by a less favorable assessment of business and labor market conditions,” Lynn Franco, senior direct of economic indicators at the Conference Board, said in a statement. “The escalation in trade and tariff tensions earlier this month appears to have shaken consumers’ confidence.”

“Although the Index remains at a high level, continued uncertainty could result in further volatility in the Index and, at some point, could even begin to diminish consumers’ confidence in the expansion,” Franco added.

“It is a disappointing outcome given that expectations ought to have received a boost from the drop back in gasoline prices and renewed surge in the equity market back to record highs,” Michael Pearce, senior U.S. economist for Capital Economics, noted.

“We’re guessing that the Mexico tariff fiasco, which also triggered steep drops in business surveys conducted while the tariff threat was live, is responsible,” Pearce said. “If we’re right, the confidence index will rebound strongly in July, unless the Osaka [G20] summit is a disaster and the president imposes tariffs on imported Chinese consumer goods.”

A growing number of economists and investors are still relying on a midsummer rate cut to occur at the July 30-31 meeting. However, others expect the Fed to wait until September, giving themselves time to analyze more data before cutting rates. Then there are also a few, such as economists at Goldman Sachs, who expect no cut at all this year.

Currently, investors also are awaiting the G20 Summit set for later this week for more market guidance. The focus of the summit is typically skewed toward the environment rather than economics however. The Nasdaq is currently by almost 0.75% while the S&P is off nearly 0.5% this morning.