You are at:Home»Investing»Mark Cuban’s Early Life, 3-Step Formula for Success 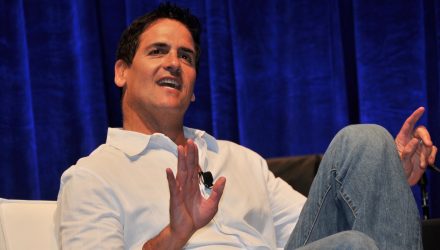 Mark Cuban, billionaire entrepreneur, philanthropist, and owner of the Dallas Mavericks, has achieved legendary success during his career.

As a go-getter for the money, Cuban found numerous business opportunities even as a child and teen. At 12 years old, Cuban sold sets of garbage bags to save up for a pair of shoes he wanted. During high school, the young entrepreneur earned extra dollars as a stamp and coin salesman, a story similar to the young Warren Buffett.

After graduating college, Cuban began a career and software and networking by starting his own consulting business, MicroSolutions, which he sold in 1990 for $6 million. Years later, Cuban and his friend Todd Wagner created Broadcast.com, an online streaming audio service. Yahoo proceeded to purchase the business for $5.7 billion in stock in 1999.

So, what is Cuban’s advice for success? Although he “[doesn’t] think there’s a default success for success,” there are certain things Cuban believes entrepreneurs and business leaders alike should abide by to put themselves in the “best position to succeed.”

Cuban warns against the conventional career advice of following your passion, and believes that it is “easily the worst advice you could ever give or get,” he shares in a blog post. Why? “Because everyone is passionate about something… those passions aren’t worth a nickel.” In an Amazon Insights for Entrepreneurs video, Cuban shares that he “used to be passionate about being a professional basketball player” until realizing “[he]  had a seven-inch vertical.”

Instead of following your passion, Cuban advises to follow your skill set. “The things I ended up being really good at were the things I found myself putting effort into. A lot of people talk about passion, but that’s not really what you need to focus on… Because when you look at where you put in your time, where you put in your effort, that tends to be the things that you are good at.”