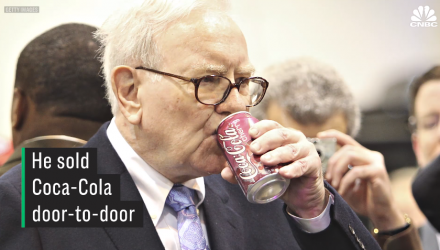 It is undeniable that Warren Buffett has had a remarkable career. Buffett, an American business magnate and investor, currently serves as the chairman and CEO of Berkshire Hathaway, and has accrued a net worth of $82 billion, making him the third wealthiest person in the world.

Buffett has also undertaken numerous philanthropic ventures during his career, backed by his pledge to contribute 99% of his wealth to philanthropy.

But how did Buffett’s immense success start in the first place? CNBC’s “Make It” recently uncovered Buffett’s teenage side hustles that may be attributed to his business acumen.

At just 6 years old, Buffett began making money by selling chewing gum, stamps, and Coca-Cola door-to-door throughout local neighborhoods. Buffett was also a paperboy for The Washington Post, and made $2,000 off his routes. Buffett found some money in horse-race betting, as well, and cashed in discarded “losing” tickets at races. At 17 years old, Buffett sold and serviced pinball machines, making him worth $53,000 (adjusted for 2016 inflation).

Related: Jeff Bezos Now Worth $144 Billion—How His Success All Started

Alice Schroeder, author of “The Snowball: Warren Buffett and the Business of Life,” says that, “he channeled all of his energy toward the one goal of making money.”