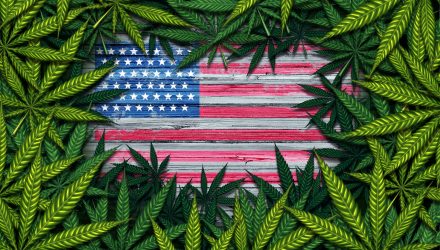 The ETFMG Alternative Harvest ETF (NYSEArca: MJ), the only dedicated marijuana ETF listed in the U.S., is set to undergo some administrative changes pertaining to the fund’s back-end functions.

In a statement, New Jersey-based ETF Manager Group said U.S. Bancorp is being replaced as MJ’s custodian, administrator and transfer agent. In performing those duties for MJ, U.S. Bancorp held shares of publicly traded cannabis companies, which presented some risks to the bank because marijuana is not legal at the federal level.

Earlier this year, it was reported that U.S. Bancorp was reviewing its custodial relationship with MJ’s issuer. Potential investors should be aware that while MJ’s underlying index may cover businesses that are legally engaged in activities related to cannabis, the benchmark does not include those that directly cultivate, produce or distribute marijuana or products derived from marijuana, unless such activities become legal under U.S. federal and state laws.