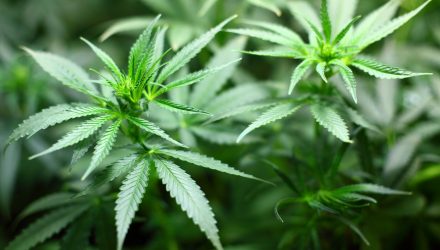 An Issue for the Marijuana ETF?

The ETFMG Alternative Harvest ETF (NYSEArca: MJX) is one of the hottest stories in the world of exchange traded funds this year as investors have been pouring into fund. However, a potential problem lingers.

The debut of MJX happened just days before California opened stores for legal sales of recreational marijuana. Recreational marijuana use was legal in the largest state throughout 2017, but the opening of retail outlets dedicated to legal weed sales was prohibited until the start of 2018. Previously, MJX was structured as a Latin America real estate ETF and its switch to cannabis stocks could rankle the fund’s custodian.

“It’s a big ‘if’’ — custodians tend to be in it for the long haul — but U.S. Bancorp is actively reviewing whether it will remain the fund’s custodian after the ETF shifted strategies late last year and went from buying Latin American real estate companies to cannabis producers, a person familiar with the matter said, asking not to be identified because the details are private,” reports Bloomberg.

Potential investors should be aware that while MJX’s underlying index may cover businesses that are legally engaged in activities related to cannabis, the benchmark does not include those that directly cultivate, produce or distribute marijuana or products derived from marijuana, unless such activities become legal under U.S. federal and state laws.

Investors have swooned for the switch to marijuana stocks from Latin America real estate as highlighted by $359 million in year-to-date inflows to MJX. Next month, the ETF’s ticker will switch to “MJ.”