You are at:Home»Leveraged & Inverse Channel»Yields Are Climbing, but These ETFs Are Rising 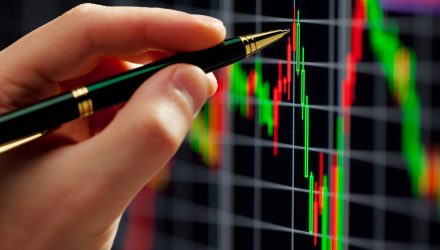 Yields Are Climbing, but These ETFs Are Rising

Benchmark Treasury yields are climbing and the U.S. Federal Reserve is more hawkish than ever, having recently raised the federal funds rate by 75 basis points. This opens up opportunities for traders to get strategic with bearish plays on Treasury notes.

The Fed could continue to get aggressive with another rate hike come July.

The Fed already hiked rates, and it could happen again, as Lesko noted. In the meantime, traders can anticipate that the Fed will continue to mash the throttle on the rate hiking accelerator and that the benchmark Treasury notes will reflect as such.

“The move in the 10-year Treasury yield toward 3.5% shows the market’s fear that the Fed may fall further behind the curve is increasing,” wrote UBS strategists led by Mark Haefele. “In turn, this will give the Fed less room to ‘declare victory’ and ease off on rate hikes. As a result, the risks of a Fed-induced recession have increased, in our view, and the chances of a recession in the next six months have risen.”

With yields rising, Direxion Investments has a pair of tactical ETFs to trade the moves. One fund is the Direxion Daily 20+ Yr Trsy Bear 3X ETF (TMV), which seeks results equal to 300% of the inverse of the daily performance of the ICE U.S. Treasury 20+ Year Bond Index.

TMV invests in swap agreements, futures contracts, short positions, or other financial instruments that provide inverse or short leveraged exposure to the index. The index is a market value-weighted index that includes publicly issued U.S. Treasury debt securities that have a remaining maturity of greater than 20 years.

Another option is on the shorter end of the yield curve is the Direxion Daily 7-10 Year Treasury Bear 3X Shares (TYO). TYO seeks daily investment result equal to 300% of the inverse (or opposite) of the daily performance of the ICE U.S. Treasury 7-10 Year Bond Index, which is a market value-weighted index that includes publicly issued U.S. Treasury securities that have a remaining maturity of greater than seven years and less than or equal to 10 years. 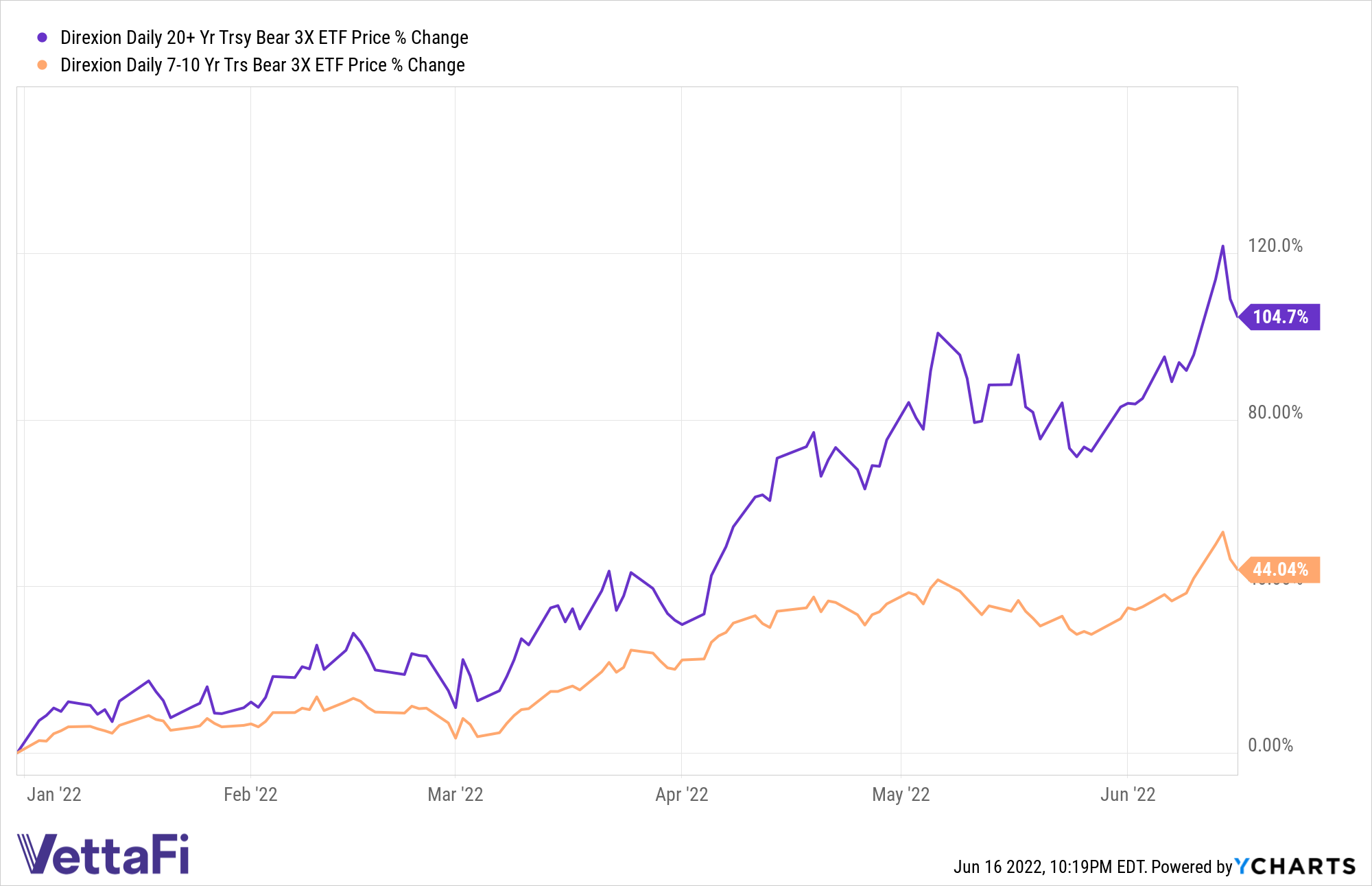