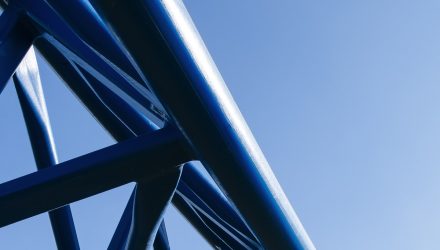 U.S. markets are posting gains on news that the U.S. and China are “very close” to a trade deal.

The Dow Jones Industrial Average, S&P 500, and Nasdaq Composite, all surged higher, some as much as 0.6%, making new all-time highs for the first time since Nov. 27, as President Trump tweeted that both sides were getting “VERY close to a BIG DEAL with China. They want it, and so do we!”

Getting VERY close to a BIG DEAL with China. They want it, and so do we!

The reality however, is that while President Donald Trump is not anticipated to impose the menacing new tariffs on China this weekend, he may not have much of a trade deal to show either.

Trump has said repeatedly that he can wait to close a deal until closer to the election, and is in no hurry to make a deal. Meanwhile, markets are on a roller-coaster of emotion, as one day we are close to a deal while the next day there is nothing in sight.

“The devil is in the details. If you just look at his sound bites on Oct. 11, they’re identical to what he just said. The chances of more tariffs on the 15th are slim,” said Greg Valliere, chief U.S. policy strategist at AGF Investments. “I think they’ll find some way to finesse that. In terms of some big sweeping deal, it’s either a wimpy deal or no deal.”

While stocks have given back about half of their gains this morning, the promise of even a partial deal could likely be enough to satisfy the stock market, which was rejoicing after the president made his big tweeted earlier.

Trump set a Dec. 15 deadline on a new batch of tariffs on $156 billion in Chinese goods, which targeted many consumer products, such as cell phones, laptops and toys.

“This is the president helping the Santa Claus rally even more,” said Prudential Financial chief market strategist Quincy Krosby. “This is as much of a signal as we’ve wanted.”

“One thing you can be sure of is [Trump] will spin this as a great victory. To be fair, he’s had a hell of a week. He’s going to be acquitted in the Senate. He got a defense bill with family leave for federal workers and apparently the USMCA,” Valliere said, noting that the trade agreement with Canada and Mexico could take awhile to get through the Senate. “If we avoid tariffs on the 15th, it’s a plus for the markets.”