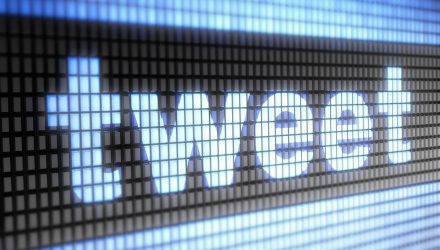 President Donald Trump informed reporters on Thursday that Iran may not have intentionally shot down an unmanned U.S. surveillance drone. He stated the public will “find out” whether the U.S. plans to retaliate against Iran with a military strike.

“I find it hard to believe it was intentional,” Trump said during a White House meeting with Canadian Prime Minister Justin Trudeau.

Iran made a very big mistake!

Stocks, which had previously bounced strongly following the FOMC meeting on Wednesday, retreated dramatically, losing almost 1% over a few hours, after Trump said “you’ll soon find out” when asked if the U.S. would strike Iran. They resumed their climb with his subsequent comments about Iran’s intentions, later taking back gains, in a turbulent response to the back and forth of investor sentiment.

Iranian state media first commented on the downing of the American military drone, where the Iranian outlet Sepah News claimed the Islamic Revolutionary Guards shot down a U.S. “spy drone” over the southern province of Hormozgan.

Major Gen. Hossein Salami, who was the recently appointed to lead the Revolutionary Guard, told Iranian state TV that “Iran is not seeking war with any country, but we are fully prepared to defend Iran.”

The United States promulgated plans earlier this week to send an additional 1,000 troops to the Middle East amid the rising tensions with Iran. US Secretary of State Mike Pompeo said Sunday that the United States is “considering a full range of options,” including possible military options, although he underscored the fact that President Trump does not want to go to war with Iran.

In addition to the vacillating stock market activity, the oil market was affected as well, with ETFs like the United States Oil Fund (USO), which invests primarily in listed crude oil futures contracts and other oil-related futures contracts, and may invest in forwards and swap contracts, spiking amid the chaotic market conditions, and trading 4% up on the day. The VelocityShares 3x Long Crude Oil ETN (UWT) had even greater gains, spiking nearly 12% on the day.

For more news of the day, visit ETFtrends.com.