You are at:Home»Leveraged & Inverse Channel»The Retail Play Could Still Be Alive Despite Inflation 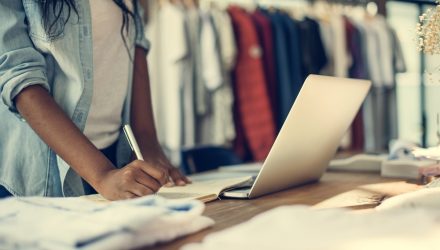 The Retail Play Could Still Be Alive Despite Inflation

If inflation doesn’t have anything to say about it, a surprising retail sector play could be in the making in the short term. That’s especially the case if it can make a repeat performance after a better-than-expected April.

“Americans continued to pump money into the U.S. economy in April, with increased retail spending offering the latest sign consumers are driving demand at stores and manufacturers despite the pinch from high inflation,” a Wall Street Journal report said.

Spending behavior represented a sign of the times, which is high gasoline prices. Additionally, it showed a willingness to head back to public venues after social distancing measures from the pandemic.

“Consumers spent more at restaurants and bars and boosted expenditures on vehicles, furniture, clothing, and electronics,” the report said. “They cut spending sharply on gasoline in April as pump prices pulled back briefly from a run-up related to the war in Ukraine.”

Of course, inflation could be a major headwind moving forward. The U.S. Federal Reserve has to be looking at this data with the hawkishness level dialed up a notch, meaning that more interest rate hikes are ahead.

Nonetheless, if traders want to play on the notion that consumers will once again open their wallets in May, there are retail exchange traded funds (ETFs) to make the move.

A Retail ETF to Play

One way to give the retail sector a bet is the Direxion Daily Retail Bull 3X ETF (RETL). RETL seeks daily investment results of 300% of the daily performance of the S&P Retail Select Industry Index.

With its triple leverage, RETL gives investors the ability to:

The ETF invests in securities found within the index, which is a modified equal-weighted index that measures the performance of the stocks comprising the S&P Total Market Index. So far in 2021, the fund is up almost 130%.