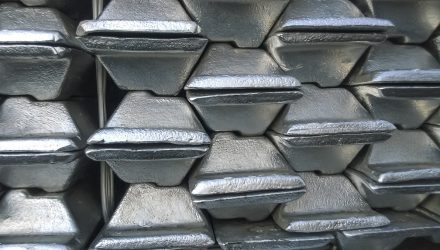 Silver Bulls Have Something To Look Forward To

Silver markets broke higher during the trading session on Monday, leaping over the $18.00 level, and then eventually breaking through the $18.50 level in what was a massive move to the upside. The silver markets continue to be safe haven that traders seek out when the political and economic universe gets dicey.

With markets reacting to central banks around the world cutting rates,continued trade war issues, and new political allegations and a possibility of impeachment, it makes sense that precious metals continue to rally overall, and it’s now apparent that the silver markets are trumping gold. For investors late to the party, short-term pullbacks continue to offer buying opportunities, as long as silver stay above the trend line, as it has been so reliable.

Precious metals like gold and silver have been the most sought-after commodity lately. While gold hit a six-year high recently, climbing above $1550 an ounce, silver prices touched the highest levels in three years as well. The risk off trade environment is also driving silver prices higher, as the white metal is sometimes regarded as a stock of wealth and an alternative investment to risky assets during economic and political uncertainty, though often less so than its golden cousin. However, elevation in the price of gold has made the white metal cheaper and the ratio of gold to silver prices, a key metric watched by precious metals investors, has fallen from July peak of 93 to 81.

As a result, silver has begun to catch up with the gold rally in August and September, even outshining the yellow metal in recent weeks. Over the last month silver has climbed from $16.50 to nearly $20 an ounce, with ETFs following suit. Silver ETFs are now handily outperforming gold with iShares Silver Trust SLV climbing 14.7% since early August, before pulling back a bit recently.

Silver’s true bullish price action is yet to come, with a target of near $20 coming soon, according to Todd Horwitz of bubbatrading.com.
“To me, we’re going to test that $19.65 high of December futures, and go higher. I think silver is just waiting to launch and I think it’s going to come sooner than we think,” Horwitz told Kitco News.

For traders looking to score even heftier gains and willing to take on compensatory risk, the VelocityShares3x Long Silver ETN (USLV) is up 78.45% YTD and the ProShares UltraSilver (AGQ) is up 50.4% YTD.

The VelocityShares3x Long Silver ETN (USLV) seeks to replicate, net of expenses, three times the S&P GSCI Silver index ER. The index comprises futures contracts on a single commodity. The fluctuations in the values of it are intended generally to correlate with changes in the price of silver in global markets.

Meanwhile, the ProShares UltraSilver (AGQ) seeks daily investment results, before fees and expenses, that correspond to two times (2x) the daily performance of the Bloomberg Silver SubindexSM. The fund seeks to meet its investment objective by investing, under normal market conditions, in any one of, or combinations of, Financial Instruments (including swap agreements, futures contracts and forward contracts) based on the benchmark. The types and mix of Financial Instruments in which the fund invest may vary daily at the discretion of the Sponsor. It will not invest directly in any commodity.