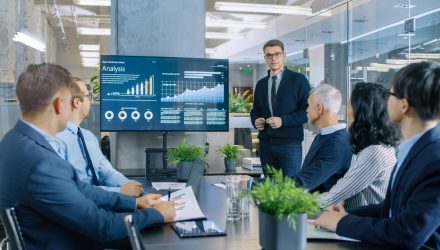 The options market is implying some significant moves heading as we head into the earnings report week for FANG stocks Facebook, Amazon, Netflix and Google parent company Alphabet.

Optimize Advisors President Mike Khouw said Friday on CNBC, “I’m taking a look at Facebook; I think this is probably the biggest name that’s going to be reporting.”

While Facebook, Amazon, and Alphabet are all set to report this week, Facebook shows up as the year’s best performer. Shares are up more than 50% in 2019, and the stock is at last on the precipice of recovering all of its losses after a brutal drop in the midst of last summer’s Cambridge Analytica upheaval.

Facebook has surged 53% this year, the best performer of the four, followed by Amazon and Netflix, which have both increased by double digits. Alphabet, has added just 9%.

“In the case of Facebook, of course, heading into a catalyst like earnings, what you’re going to see is that the nearer-dated options are going to see elevated premiums, and higher implied volatility,” said Khouw.

Overall, Khouw sees the stock as a solid bet before earnings, and is taking a bullish position himself.

“Net-net, I’m going to be laying out about $10, maybe a little bit less than that, so we’re laying out less than 5% of the current stock price,” he said. “The idea here is that if Facebook lingers right around where it is right now, those near-dated options are going to decay; the longer-dated ones will not decay quite so much.”

“If it rallies up to that $205 strike and maybe slightly through it, we’re still going to see benefits. And worst case, we’re risking less than 5% [of the current stock price]if it completely fell out of bed, which is something I’m not expecting,” said Khouw.

The FANG stocks in general have had a rough go of it lately, with Netflix suffering after Q2 earnings were released.

Shares of Netflix were down as much as 11 percent after the online streaming company only added 2.7 million subscribers, which was almost half of the 5 million that Wall Street analysts were expecting.