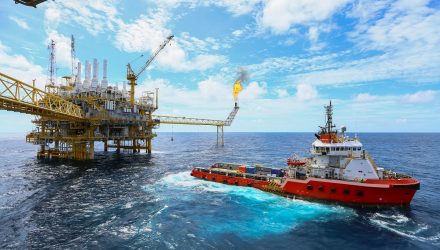 Bob Doll, senior portfolio manager and chief equity strategist at Nuveen, appeared on CNBC on Monday, saying there’s a cap on oil prices because global GDP is “struggling” to advance in addition to an excess supply from the U.S. He says it’s quite improbable the market sees above $80 a barrel unless a war breaks out.

“We know supply has come from lots of places, but if there’s some disruption because of war, then all bets are off and we’ll see higher oil, and that will not be good for the economies of the globe. Again, probability is small, but it’s there.”

Of course, the last time the oil market was above $80 a barrel was back in 2014. At that time a stronger U.S. dollar was the main driver for the price decline of crude oil. In fact, the dollar was at a 12-year high against the euro, leading to appreciation in the U.S. dollar index and a downturn in oil prices. That put the market under a lot of pressure, because when the value of the dollar is strong, the value of commodities typically plummets.

Weak GDP data is also to blame, according to Nuveen.

“Global GDP is struggling to advance. It’s just continues to slow in a lot of places. And that puts a damper. And then you get the excess supply from places like the United States, and that just puts a damper on prices,” he explained.

Most analysts agree that excess supply has been tamping down the oil markets for some time now.

“Crude inventories are now at their highest since July 2017, up nearly 44 million barrels since mid-March,” said Matt Smith, director of commodity research at ClipperData.

“You had that record U.S. production again and that surge in imports really just overwhelmed the report, and it came in the face of refinery runs ticking up,” said John Kilduff, founding partner at energy hedge fund Again Capital.

“Obviously it’s more than enough to satisfy demand by a lot and just makes for a really bearish report across the board,” Kilduff added.

The persistent slump in crude oil prices since the recent peak of $66.46/bbl, which was made back in late April, has echoed the downturn in global economic growth expectations, owing largely to escalating US China trade war tensions. The dramatic deterioration in trade talks between the world’s two largest economies has hurt prospects of GDP rebounding later this year, resulting in a cut to the World Bank 2019 Global GDP Forecast from 2.9 percent to 2.6 percent which was published yesterday.

Traders looking to capitalize on downside moves in black gold might look at the ProShares UltraShort Bloomberg Crude Oil (SCO) or the VelocityShares 3x Inverse Crude ETN (DWTI), both of which allow investors to make downside bets on the oil market.