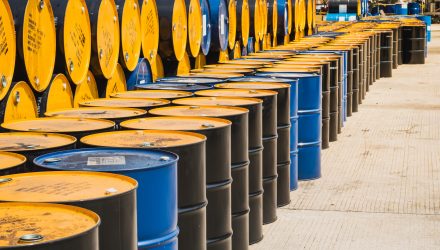 Crude oil prices tanked 10% on Monday as the rapid dissemination of coronavirus cases worldwide continues, bringing travel and business to a halt, and further damaging global demand for crude.

“The demand drop unfolding is like nothing anyone has ever witnessed,” Simmons Energy analyst Pearce Hammond said in a note to clients Sunday.

Oil is in the midst of what Hammond referred to as a “horrific week” for the energy market. Both contracts posted their worst week since the financial crisis after being hammered more than 23%. Prices did attempt a recovery, receiving an ephemeral boost Friday evening following President Donald Trump’s call to fill the U.S. strategic petroleum reserve. But renewed selling hit markets Monday.

“Oil prices have reacted extremely negatively and we believe … that we have not seen the bottom of the oil price just yet,”  Rystad Energy’s head of oil markets Bjoernar Tonhaugen said. “The potential loss of demand in March-April may dwarf anything the World has ever seen, just when OPEC+ producers open the floodgates of new supply to the market,” he added.

Earlier this month, Saudi Arabia cut official crude selling prices for April, radically reversing its stance from previous attempts to support the oil market as the coronavirus destroys global demand. The decision for the cut arose after OPEC talks deteriorated, encouraging confident strategists to predict oil prices tanking to $20 per barrel this year.

The sell-off in crude started when OPEC was unable to strike a deal with its allies, led by Russia, about oil production cuts. That then caused Saudi Arabia to cut its oil prices as it supposedly looks to increase production.

To combat the economic fallout of the pandemic, the Fed on Sunday slashed its key rate to almost zero, triggering an unscheduled rate cut by the Reserve Bank of New Zealand to a record low as markets in Asia opened for trading this week.

“The price response is understandable, given that lower interest rates and new bond purchasing programs will do nothing to combat the current weakness of oil demand,” Commerzbank analyst Carsten Fritsch said.

Oil ETFs are suffering along with futures, as the United States Oil Fund LP (USO) is down 12.66% and the ProShares Ultra Bloomberg Crude Oil (UCO) is down nearly 24% Monday.