You are at:Home»Leveraged & Inverse Channel»Majority Of FANG Set To Report Earnings Next Week 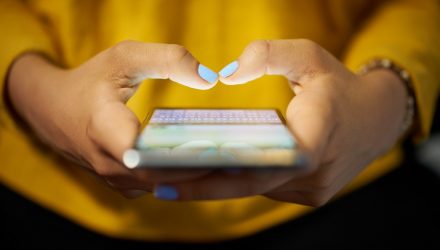 Majority Of FANG Set To Report Earnings Next Week

The majority of the FANG stocks, Facebook, Amazon and Alphabet, which represent a collective $2.3 trillion in market cap, are reporting earnings in the coming week.

Craig Johnson, chief market technician at Piper Jaffray, says after a massive rally, earnings could be the catalyst that kicks off a temporary pullback.

“Clearly this has been among the best performing areas in the market year to date. And every single one of those names except for Google has been outperforming the S&P 500,” Johnson said on CNBC’s “Trading Nation ” on Thursday. “We could see some correction in these names, but again the longer-term trend is still up for them.”
As recent as last month though, TradingAnalysis.com founder Todd Gordon on Thursday called the group “dead money.” Displaying a chart of the NYSE FANG+ Index, which follows the four FANG stock tech behemoths, along with other major tech players like Apple, and Tesla, Gordon stated that it “hasn’t participated on the upside” as much as investors might desire.

“FNG’s investment thesis believes that high-performing technology and media leaders, popularly characterized as “FANG,” will continue to provide superior long-term performance,” according to AdvisorShares. “These disruptive innovators have created, acquired and refined current business models more successfully than others in the technology and media industries, establishing them as leaders on the forward edge. The portfolio manager seeks to identify additional constituents with similar characteristics using technical analysis, sampling and broad-based fundamental reviews to enhance the exposure of the portfolio. This approach will be dynamic, enabling the portfolio management team to use a repeatable and scalable process that consistently seeks out the next industry leaders in technology and media as those faces change over time.”

For investors wishing they could make a downside bet on the group of technology stocks without selling them all individually, there is an ETF for that: the MicroSectors FANG+ Index -3X Inverse Leveraged ETN (FNGD).