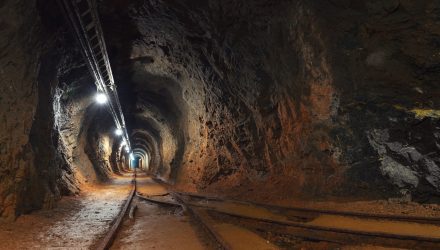 Ian Young February 22, 2020
Gold prices spiked over 1.63% on Friday, on the heels of a banner day on Thursday as stocks continue to plummet on coronavirus fears, and threat of a global economic slowdown.
The shiny metal reached nearly $1650 an ounce, the highest level in seven years, and has both investors and analysts excited about the prospect of moving back toward the elusive 2000 level that was nearly reached in 2011.
Frank Holmes, CEO, U.S. Global Investors, believes that gold could easily reach that level, given the current political and economic environment, which is wrought with volatility and instability. With a confluence of factors from low interest rates to foreign money printing, the gold bug sees rates moving higher in the foreseeable future.
“The DNA of the normal volatility of gold is is ushered by at least 20% over any rolling 12 month period. And for the past 20 years 80% of the time goal has been positive, which is very significant and there’s nothing for it when you go to 1600 for it to rally 20% from here. That takes it to 1900. And with all the money printing again we’re seeing now Greece, which was the basket case seven years ago, is all of a sudden offering rates of 1%. And they haven’t improved their economy to any great degree. All of Europe has once again negative real interest rates to try to spur economic activity. The 10-year government bond in the US is close to an all time low. The 30 year mortgage is only 30 basis points off the 2016 low. So I think that gold always rallies when rates start collapsing like this globally,” said Frank Holmes, on Kitco news.
The gold push is also being aided by dismal preliminary data, which showed disappointing sentiment in the U.S. manufacturing and service sectors.

Friday, IHS Markit noted that its flash U.S. manufacturing Purchasing Managers Index for February sank to a 50.8 reading, down from January’s reading of 51.9. Economists were anticipated a reading of 51.5.

The firm’s service sector PMI reading also dropped into contraction territory to 49.4, down from January’s level of 53.3. Disappointed economists were looking for unchanged levels.

In contraction territory, sentiment in the service sector has reached its lowest level in more than six years, the report said. The anemic data is supporting gold prices as the market continues to tread water just off sessions highs, which is also a seven-year high.
“With the exception of the government-shutdown of 2013, US business activity contracted for the first time since the global financial crisis in February. Weakness was primarily seen in the service sector, where the first drop in activity for four years was reported, but manufacturing production also ground almost to a halt due to a near-stalling of orders,” said Chris Williamson, chief business economist at IHS Markit in the report.“The survey data are consistent with GDP growth slowing from just above 2% in January to a crawl of just 0.6% in February,” he added.
Investors looking to use ETFs to play the run in the gold market could look into the SPDR Gold Trust ETF (GLD) or the VelocityShares 3x Long Gold ETN (UGLD) which have been moving well with the precious metal in the last month.
For more market trends, visit ETF Trends.