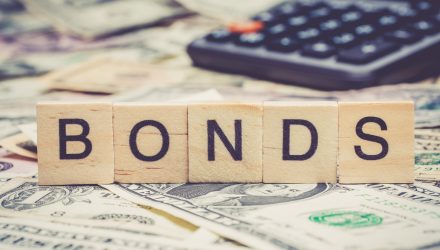 Faith Restoration in Bonds Is Evident in This Leveraged ETF

The stock market rally could be giving way to a more sustained rally for the bond market. The latest activity in the Direxion Daily 20+ Yr Trsy Bear 3X ETF (TMV) could be hinting at just that.

The fund is up about 8% the last few months in what could be a potential signal that the long-term prospect for bonds could be better than the short-term one. Of course, that could be expected due to rising interest rates, but the macroeconomic landscape could also be bracing for a recession, which could fuel a penchant for bonds as a safe haven escape.

TMV seeks daily investment results equal to 300% of the inverse of the daily performance of the ICE U.S. Treasury 20+ Year Bond Index. TMV invests in swap agreements, futures contracts, short positions, or other financial instruments that provide inverse or short leveraged exposure to the index, which is a market value-weighted index that includes publicly issued U.S. Treasury debt securities that have a remaining maturity of greater than 20 years.

After the bond market rally in July, the Direxion Daily 7-10 Year Treasury Bull 3X Shares (TYD) was trending higher, but it has faltered as of late. The fund is now down about 4% over the last three months in comparison to TMV.

The fund seeks daily investment results of 300% of the daily performance of the ICE U.S. Treasury 7-10 Year Bond Index. The index is a market value-weighted index that includes publicly issued U.S. Treasury securities that have a remaining maturity of greater than seven years and less than or equal to 10 years. 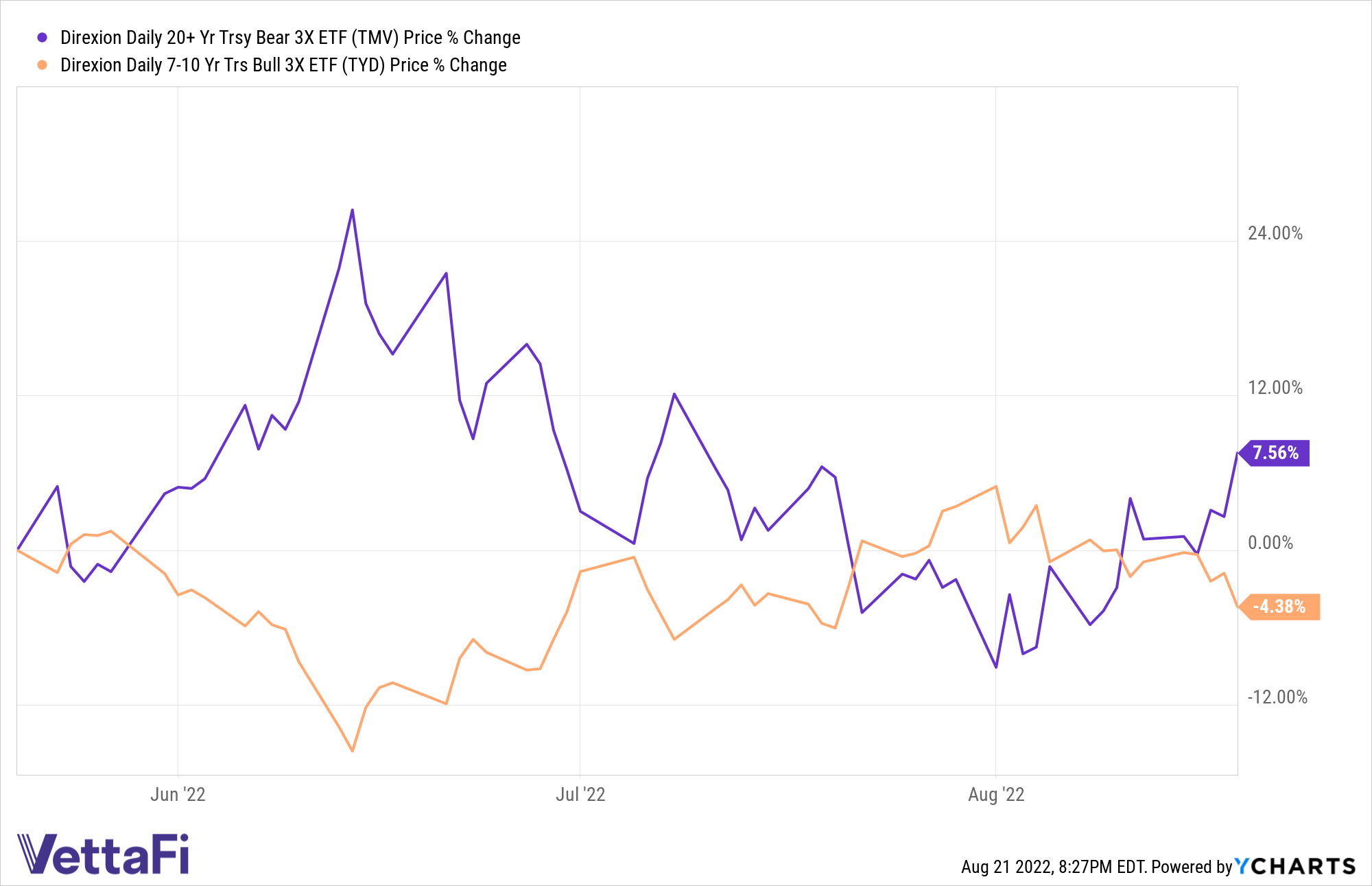 Bond Divergence From Stocks Ahead?

According to a Bloomberg article, a strong July for equities saw a 12% bounce while corporate bonds were up 4.6%. A potential for a recession could lead to divergence as investors shy away from stocks and into the safety of bonds.

“What we’ve seen at this juncture is a bear market rally and we don’t want to chase it,” said Wei Li, global chief investment strategist at BlackRock Inc. “I don’t think we’re out of the woods with one month of inflation cooling. Bets of a dovish Fed pivot are premature and earnings don’t reflect the real risk of a US recession next year.”